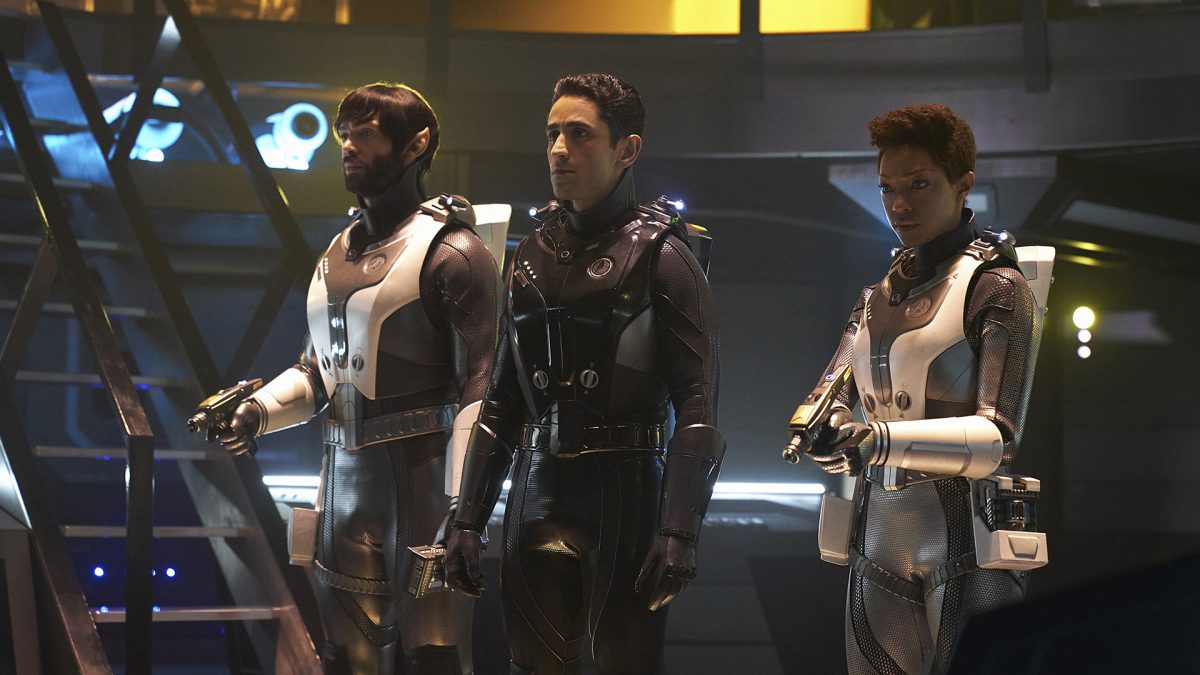 Until the show, time travel was kind of considered impossible, but now that seems like a possibility. So, this is for all the Star Trek fans; we know you are all ears for all the information. Here are all the details about Star Trek Discovery Season 3-

The trailer of the Star Trek Discovery Season 3 gives a peek of what could be coming up on the show. The upcoming season will discover more into the future. In the trailer, we can see a sneak peek of David portraying a new character Cleveland Booker. Spoilers reveal that Booker will be a character who will break the rules a little bit.

Ajala will have new characters, Maulik Pancholy, Terry Serpico, and Sam Vartholomeos, by his side. Interestingly, this time the United Federation of Planets flag only has six stars. Does that mean that the Federation in this time period? Could it be the ‘Ghosts’ as referred by Book?

It also looks like Burnham will spend a lot of time searching for the domino that topped over and started all of the discovery. In the initial phase of the trailer, Burnham changes her hair and appearance, hinting that her adventures could go on not just for months but even for years.

Star Trek Discovery Sea son 3: Will Get Closer To The Original Format

The show Star Trek is far away in the future. However, the spirit of the third season feels so much closer to the classic Star Trek. It is coming closer to the main format of the show. However, it won’t be about the galaxy-wide treasure hunt. This time, there will be only one starship in the unknown terrains. They will explore strange, new worlds and discover an entirely new galaxy. In fact, Sonequa Martin-Green has called the season a blank state. She is right. After very, very long, star trek is doing something entirely new.

However, now, it is possible that the release date will be affected by the global pandemic. We don’t know how much, though. Recently, Wilson Cruz had an online Instagram live where Anthony Rapp commented that they are in the post-production process. They are editing and working on visual effects for the third season. However, working from home is making the process slower. So, they don’t know when they will be able to release the show. Editor Scott Gamzon also posted an update that Star Trek: Discovery Season 3 will take longer.

Sooner or Later Star Trek: Discovery Season 3 will release. Updates on what is going on with the show will keep surfacing. So, you stay tuned with us. We will keep passing on these updates as they come.