There is the comeback of Zombies once again. With the perfect balance of thriller and horror, Kingdom Season 3 is about to hit the screens. Even though it hasn’t been renewed by Netflix formally, but expecting the next period is evident for the show. The show is more than your regular Zombie show. Therefore, be ready to know more of its third season.

The Kingdom is a 2019 South Korean political horror and thriller web series. It is written by Kim Eun Hee and directed by Kim Seong Hun. The show is Netflix’s first Korean drama, premiered in the year 2019. The series adapted from the webcomic series The Kingdom Of The Gods. The story of the Kingdom revolves around the Joseon period. The first season depicts the anecdote of Crown Prince Lee Chang, who brings life-threatening political conspiracy against the plague affecting the Kingdom. However, the second season continues to represent Lee Cahngs struggle to save his people from the spread of the plague and his dynasty.

The tension rises with death and betrayal on all sides. Can the Prince save his people? Will the plague mark the end of the regime? Everything will be answered in the upcoming season. Here are some disclosures of the third part of the season. Know below.

The previous season of Kingdom released in March of this year. Therefore, we cannot expect anything this soon. Officially there is no announcement of the renewal of the upcoming season. We speculate that there will be some decision in the forthcoming future. Witnessing the current situation, there may be some delay. But, the success story of the previous season will surely bring the other season in action.

What To Expect From Kingdom Season 3?

The potential baseline of the upcoming story could be finding the cure for the plague. The new season will bring more of the responsibilities of protecting people from the disease. The Prince will make his efforts to defend his Kingdom from rotting down. We know from the previous one that the diseased could free themselves from the scourge by plunging into the water. It’s also seen that the newborns are immune to the disease as their brains weren’t fully developed. So, we will see in future what more destruction will happen with the disease.

Since the production is yet to start, we don’t have much information gathered in our bag. But for now, we are sure that the main casts will return for the battle. Ju Ji-Hoon as Lee Chang will surely be there, as he is the only hope, The Crown Prince of the Country. Moreover, we will see more of Ryu Seung-Yong, Bae doona, Kim Sang-ho, Kin Sung-kyu, Jeon Seok-ho with others. There might be a chance of seeing some new faces as well.

The first season came in January last year, and the second one in March this year. However, we speculate the third to arrive in early 2021. But this might delay because of the outbreak of the pandemic. Till then, stay safe because we have got you covered by updating with all the recent information. 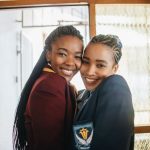 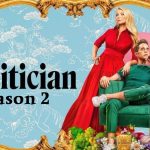