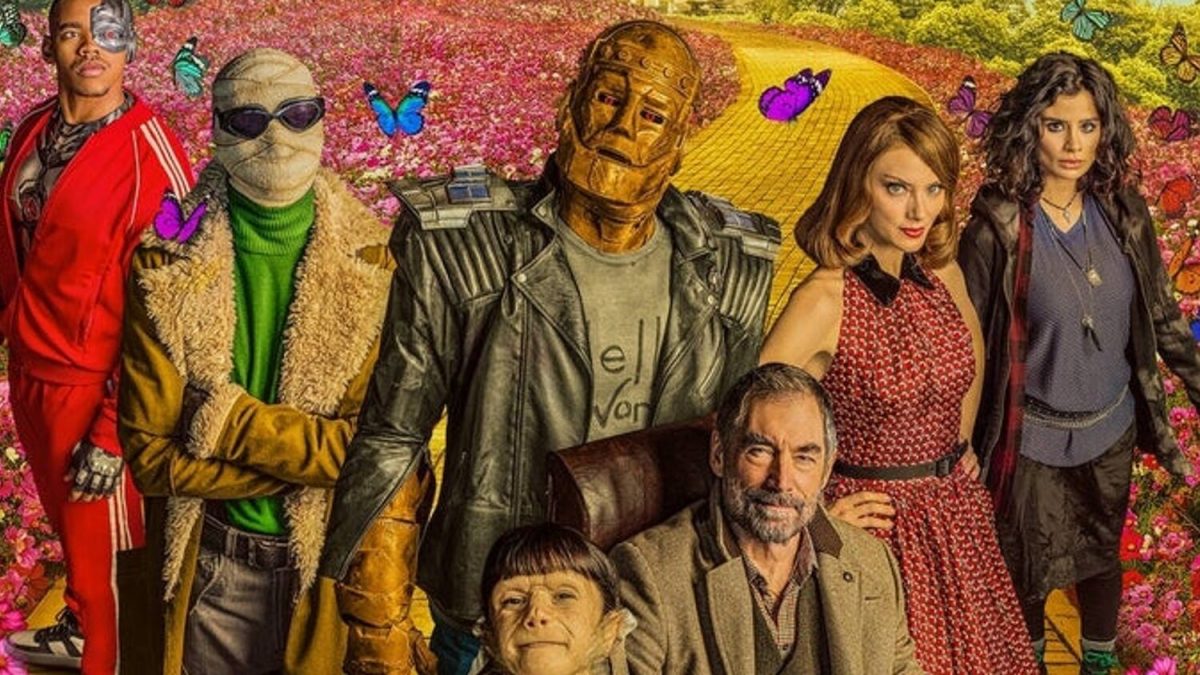 Doom Patrol Season 2 received its official renewal back in July 2019. Recently, the trailer for Doom Patrol Season 2 released that revealed the first look of the new villains. The series is the second original program on the developing streaming platform DC Universe. It also received many positive responses from critics as well as the audience. The first season wrapped up on DC Universe in May 2019. And the fans have been longing for long to watch their favorite super-hero drama series. However, the wait is over now, as Doom Patrol Season 2 will premiere next week.

Doom Patrol, created by Jeremy Carver, is a fantasy series of DC Universe. The series centered on the unlikely heroes of the eponymous team, who have received their powers through an unfortunate incident, but are generally ignored by society. The doctor Chief treats most members of this team. He also allowed them to live in his mansion to protect them from the outside world. Jane, a dominant woman, has a dissociative identity disorder, along with Rita Farr, whose body turns into a gelatin state. And Larry Trainor has all sorts of negative energy within him. Later, Cliff Steele and Vic Stone joined the team. Cliff’s brain is placed in a robot body after a car accident, and Vic is a cybernetically-enhanced hero.

Doom Patrol Season 2 got renewal soon after it wrapped up on DC Universe. After a month later, it revealed that the show was the biggest hit on DC Universe. The streaming platform is still-growing in airing the original content. Doom Patrol gained a positive response from both the critics as well as the audience. The series earned a 95% fresh rating from critics and an 83% rating from the audience on Rotten Tomatoes.

New Villains Are Ready For Fight

The new trailer for Doom Patrol Season 2 teased that things are going weirder than before. The traumatic superheroes are now facing a lot of troubles from trapped in a miniature world to saving a girl from an underground fire. When they said “shits getting weird in the underground,” it happens. Everything in the upcoming series is more dramatic than the first one, and our superheroes will have more trouble dealing with it. They have to fight with new villains- The Candlemaker, Red Jack, and the SeX-Men (another superhero team).

In the previous season finale, the team discovered that The Chief is responsible for their tragic condition. And now they have to live with Dr. Caulder’s daughter Dorothy Spinner who can bring imaginary people in the real-world with her psychic powers. Now, the team has to struggle to deal with Dorothy’s supernatural power that can open the door for new troubles.

Struggle To Manifest The Powers

At the end of the finale, every member shrunk in their miniature version, though rescued by the Negative Man (Matt Bomer). Now, they have to struggle to turn to their normal size. Their powers also affected by their miniature version. However, in the trailer, they somehow made it and resized again. Rita (April Bowlby) manages to master her abilities to deal with future problems in the trailer.