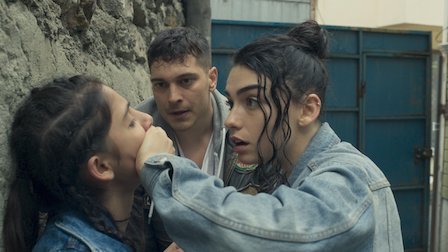 Netflix recently released the fourth season of the Turkish drama- The Protector. After this, fans have been thinking if Netflix would bring more of it. Will The Protector Season 5 return? The Turkish drama first surfaced in 2018 on Netflix and was well received. Then Netflix commissioned it for more episodes that released in 2019, followed by a third season on June 10, 2019. The latest episode, the fourth season released this July 9. Ever since this happened, fans have been looking forward to more. What’s the future for the show? Will The Protector Season 5 ever happen? Here are all the details-

Is The Protector Season 5 Coming?

Unfortunately, it doesn’t look like Netflix would bring more of The Protector. There will not be any The Protector Season 5. In a recent announcement, the streaming service revealed that for their first Turkish drama, the fourth season would be the last season. They billed the season by saying that the struggle is ending. Now, it’s either past that will win or future. If this announcement sounds so cryptical, its because there won’t be any The Protector Season 5, as confirmed by a number of news outlets. The fourth season of the series released this July 9.

The fantasy series- The Protector revolves around a young shopkeeper- Hakan, whose world changes when he comes to know that he is connected to a secret, ancient order. He is the one who will have to protect Istanbul. Initially, in the story, Hakan looks like an ordinary guy in the city with a population of about 15 million. Eventually, he learns that his hometown is under danger from some mystical Immortals, and he has to stop them all. It’s a task he isn’t prepared for and even tries to resist.

How Was The Fourth Season?

Netflix has released the fourth season of The Protector. Since it is the last season, we quite feel that it is important to give homage to all other seasons of the show. When we first met Hakan, he was just a shopkeeper and a part-time con artist. Eventually, things change in his life after his father dies. After that, Hakan meets Loyal Ones, Kemal, and Zeynep. These Loyal Ones are associated with a historical secret order which is responsible for shielding their town from the immortals. Hakan is himself a Protector who can kill the Immortals and stop destruction using the talismanic shirt that gives him mystic powers. The main Immortal is Faysal Erdem, who wanted to bring back his now lifeless lover Ruya using Hakan’s blood.

In the last season, there were many clues from start to finish. The uncommon fantasy exhibits came to a smart ending that completed the series. Over the seasons, all viewers have witnessed Hakam and Zeynep’s closeness. At first, it was all very complicated when Zeynep had to take the Immortal “treatment,” which proved that she was still loyal to Immortals. She had killed Burak, with who she had an affair earlier. Zeynep’s murder spree went for long, and she became the hero. In the fourth season, we saw Hakan and Zeynep handling everything nicely by the end. Zeynep became the professor, and Hakan went back to work.

The fourth season featured the dual stories with many past and present scenes from the Ottoman Empire from 1459 to the current day. The story was great and felt oriented. The fourth season did justice to all the villains by making them look like misplaced souls and not senseless villains. Fans seem to be quite happy with the show. Keeping in mind the kind of reviews and viewership The Protector was able to bag, we can expect that Netflix will bring more Turkish shows in the upcoming future. 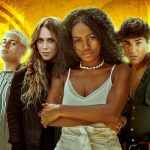 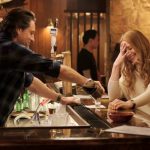