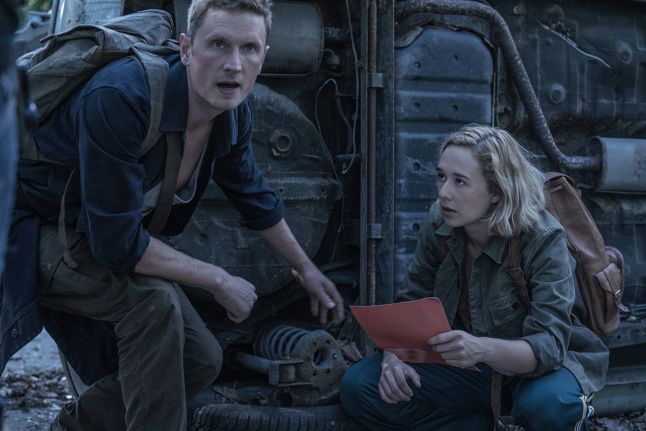 Netflix announced The Rain Season 3 renewal about a year ago. While announcing that, they also revealed that the season would be the last in the series. Netflix renewed the show using the official Facebook account of the show. The streaming giant also revealed that they would release The Rain Season 3 in 2020. The show follows two Danish siblings- Simone and Rasmus. They go and find shelter in a bunker. Problems arise when a virus in rainfall wipes humans in Scandinavia. After six years, both Simone and Rasmus leave the shelter to find other survivors and search for a safe place to live.

The second season of the show ended quite dramatically as Rasmus is captured by Apollon, the company behind the whole rain apocalypse. Many cliffhangers need to be addressed in the upcoming The Rain Season 3. Here is what we know about everything that could be coming up.

In an interview with NME, showrunners Christian Potalivo and Jannik Tai Mosholt revealed that the show has many real-life references, and fears around climate change influence the way the show is created. Mosholt said that they feel that the news gets worse every day, and they are getting closer to when something like that would happen to them.

He even revealed that they had a journalist from Cape Town who told him that there is no water there now. They live in Denmark, where it seems to rain more and more. They don’t have the snow they used to have before. He went on to say that now they are witnessing the effects of climate change that have started happening.

The Rain Season 3: What’s Coming Next?

The third season will serve as the finale season of The Rain. So, fans can expect to see all the fears play out to extreme measures. In the second season of the show, Rasmus was captured, so the third season of the show would focus on how his allies would rescue him and what Apollon really wants with him. Sten explained that they never considered curing Rasmus. They were planning to make the virus make of them. In the second season, Simone also tried to kill her brother; it will be a very awkward conversation when they come face to face. Sarah has also caught the same infection, and that’s something the third season will address.

Not just that, Kira also worked undercover at Apollon in the second season. There are many questions about her and what her role will be in the next season. The Fallout Gun and all other electromagnetic items that Patrick fell upon are under a big question. What was the group trying to use it for? Not just this, the third season would also address many other cliffhangers, but it will also bring all loose ends from the entire to close. Will the virus destroy everything, or will someone stop it?

Co-Creator Potalivo Reveals They Have Answers

After the first season aired, co-creator Christian Potalivo said that they have all answers for the show, but they haven’t just given them yet. There are many great explanations on how and why the virus was used the way it was. The story had started in the first season. We can be hopeful that The Rain Season 3 would reveal all the questions everybody has. The Rain will release on August 6, 2020. Netflix has also released a trailer. Watch here.