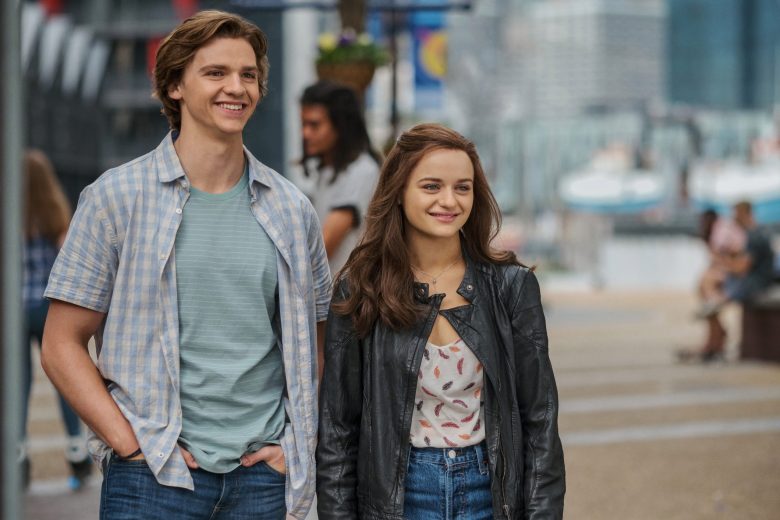 The Kissing Booth 3: Netflix released the sequel of a much famous teen movie- The Kissing booth this Friday. The film left all the viewers on the edge of their seats. Many questions need to get answered. Will there be more of the film? Indeed. This Sunday, actress Joey King and actor Joel Courtney who play Elle and Lee respectively, hosted a Youtube live stream. The two, along with most of the other cast from the movie, discussed a lot of things, including The Kissing Booth 3. In the same session, they interacted with fans and revealed what their favorite moments were. With that, they revealed some big secrets about the sequel. Here is about it-

Is The Kissing Booth 3 Happening?

Yes! This was one of the biggest revelations from the live stream. The cast of the show played a game through which they later revealed that The Kissing Booth 3 is happening. Not just happening, the movie is secretly filmed too. They did it simultaneously with the second movie. While revealing this, the cast told how it was challenging for them to keep in mind when they were shooting the second movie and when the third. Talking about the same, Joey King said it was a very difficult secret to keep.

The bottom line is, we were not yet even done with all the excitement the second movie had given us. And now, we know that The Kissing Booth 3 is coming. The movie will make it to the screens in early 2021. The team has also dropped a teaser trailer of the upcoming movie. Watch it here-

The second movie ended with a cliffhanger. It ended with Elle figuring out which college she would go to? Berkeley or Harvard? Berkeley is the college Elle and Lee had always wanted to go to because their mothers became best friends there. Then, her boyfriend- Noah, is at Harvard, and she wants to be with him. So, The Kissing Booth 3 would start with Elle making that decision.

With that said, there were many questions that we hope The Kissing Booth Season 3 would address. By the end of the second season, in the graduation ceremony, when Marco’s friend says that Elle isn’t worth it, Marco says that she is. What would that mean? Could Marco pursue Elle? Will they end up in the same college? With or without Noah? Along with that, How will Noah and his new friend Chloe’s relationship evolve? Would they lay rules like Elle and Lee, or something else might happen there?

Whatever it might be, we know that the creators will weave up all the loose ends in The Kissing Booth 3. This will be the last movie in the trilogy. We will indeed get to see what happens for #Noelle. So, get ready.

Who Will We Get To See?

Joey King is set to come back as Shelly ‘Elle’ Evans. Accompanying her is her on-screen best friend Lee Flynn, played by Joel Courtney. Jacob Elordi, who plays Elle’s boyfriend- Noah Flynn, will also come back. Other than them, Meganne Young (Rachel), Molly Ringwald (Mrs. Flynn), Stephen Jennings (Mike Evans), and Maisie Richardson-Sellers (Chloe) are all set to come back for The Kissing Booth 3.

While the franchise hasn’t done very well on the critics’ meter, the audience seems to love The Kissing Booth movies. It is, in fact, one of the most-watched movies on Netflix. So, all the fans, gear up, we will get to see how this story ends sooner than later. If you have missed and want to see the Youtube live stream where the cast has revealed the secrets about The Kissing Booth 3, here you go….

Also, the first two movies are now streaming on Netflix, so you can go and watch them if you haven’t already. We will keep updating this space with all the news about the movie as it comes. So, you stay tuned.