While everyone was wondering whether Black Summer would be a stand-alone series, Netflix surprised everyone by renewing Black Summer Season 2, back in 2019. The series is produced by The Asylum, the same production house behind the Z Nation. The show sets as the prequel of the famous zombie series. Until now, it’s more like a spiritual descendant of Z Nation, which is darker than its fellow series. Unfortunately, the filming for the second season got severely affected by the global pandemic. However, the announcement came that soon the filming would begin. Let’s see how much time its second season would take.

Black Summer, created by John Hyams and Karl Schaefer, is an apocalyptic fiction drama series on Netflix. It follows Rose (Jaime King), separated from her daughter aftermath of the zombie apocalypse. When she gets separated from her daughter Anna (Zoe Marlett), Rose commences on a dangerous journey to find her daughter at any cost. Later she stumbles on a small group of refugees in North America. Somehow she bravely handled the things and ask them to join in her quest. Throughout her journey, she made the brutal yet brave decision to continue the search for her daughter.

In November 2019, Netflix renewed Black Summer for Season 2. Likewise, in its first season, the second chapter would also run for only eight episodes. Netflix announced this news through its NX (Netflix Official Page) on Twitter. That reads: “It’s official! Black Summer is coming back for the second season.” In that post, the streamer also announced the leading cast names. These include Jaime King, Justin Chucary, and Christine Lee.

Although the renewal announcement came back in 2019, it still seems that the series would need extra time to land on Netflix. However, the series began filming its second season early in 2020. But, due to the global pandemic, the filming abruptly paused in March 2020. Later the production team announced that they are taking a leap of faith and would begin filming in early April 2020.

However, Black Summer Season 2 filming got adversely affected by the pandemic, and for a certain period, its filming status was in limbo. But, in July, a new ProductionWeekly report announced that the filming for Black Summer Season 2 would begin on August 17, 2020. However, things aren’t likely to seem to follow that schedule. Soon, the ProductionWeekly confirmed that filming for its second season reschedules to September 3, 2020. According to Karl Schaefer, filming will once again start in Calgary, Canada.

Jaime King Will Produce The Series

Jaime King, who played Rose’s character in the first season, confirmed this announcement through her Twitter post. Jaime’s blessed to return and play the role. She further revealed that she is going to produce the second season as well. Also, she thanked all the cast and crew members with whom she had worked.

Jaime stated: “I am so excited to announce the second season of Black Summer is coming! So proud to star and (also) produce the show with @netflix, @jrhyams, and our incredible crew and cast!” 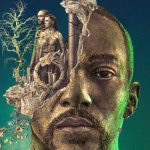 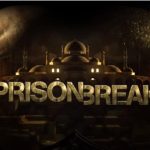