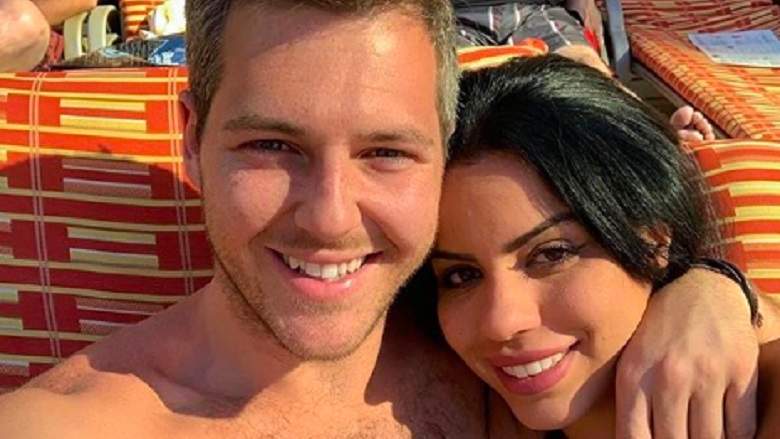 Nathalie is the woman Eric bad-mouthed Larissa to when they broke up. In one of the recent episodes of 90 Day Fiance: Happily Ever After, Larissa found his conversations with this girl on the phone and she called her. That’s when Nathalie cleared the air. Recently, she revealed that Eric faked a relationship with Larissa. Let’s take a look.

What Did Nathalie Say About Eric Leaving His Job?

Nathalie revealed that Eric told her that he’s leaving his job to pursue his career as a reality TV star. She thought that he was on TV only because of Larissa and told him the same. Nathalie told Larissa that she believes her and advised her not to go out with a broke man. Even though she doesn’t know Larissa, it looked like she had no issues with her.

Larissa said that her friends told her that Eric was taking advantage of him. She ended up paying for everything whenever they were out. Earlier, Nathalie stated that neither she is Eric’s ex, nor his friend and wanted him to s top associating her with him in any way. She also stated that she never wanted to get involved in any of this drama.

90 Day Fiance: Happily Ever After, What Do Fans Have To Say About This?

Some fans said that Larissa and Eric make sense together as they’re both messed up. One fan chimed in and stated that Larissa is homeless and Eric is broke. So, they attracted each other’s energies and got together. Another fan said that even though Eric might be broke, Larissa’s value is also questionable. He said that she should be the one learning some marketable skills as soon as possible.

90 Day Fiance: What’s Going On With Larissa and Eric Now?

On the show, we saw that Larissa and Eric met up in a restaurant where she told him that she has been feeling lonely. Ultimately, one thing led to another and she decided to give him a second chance. He convinced her that he had a change of heart. However, Larissa’s friend Carmen wasn’t buying it. She told her to go live somewhere else if she decided to get back together with Eric.

But Larissa and Eric decided to give their relationship another try anyway unless she found out that he has been discussing their sex life with others. Nathalie also stated that if Colt didn’t ghost upon him, Eric would have taken a step further with defaming Larissa.

A few weeks back, Larissa and Eric posted a romantic picture stating that they’re going strong. But there might be a chance that Larissa breaks it off knowing that Eric is broke. Let us know what you think in the comments below.

Grey’s Anatomy Season 17: Show-Runner Discussed Her On And Off Plans To Include COVID-19
Black Clover Episode 138: Preview Out, What Will Happen? Release Date & More To Know
To Top