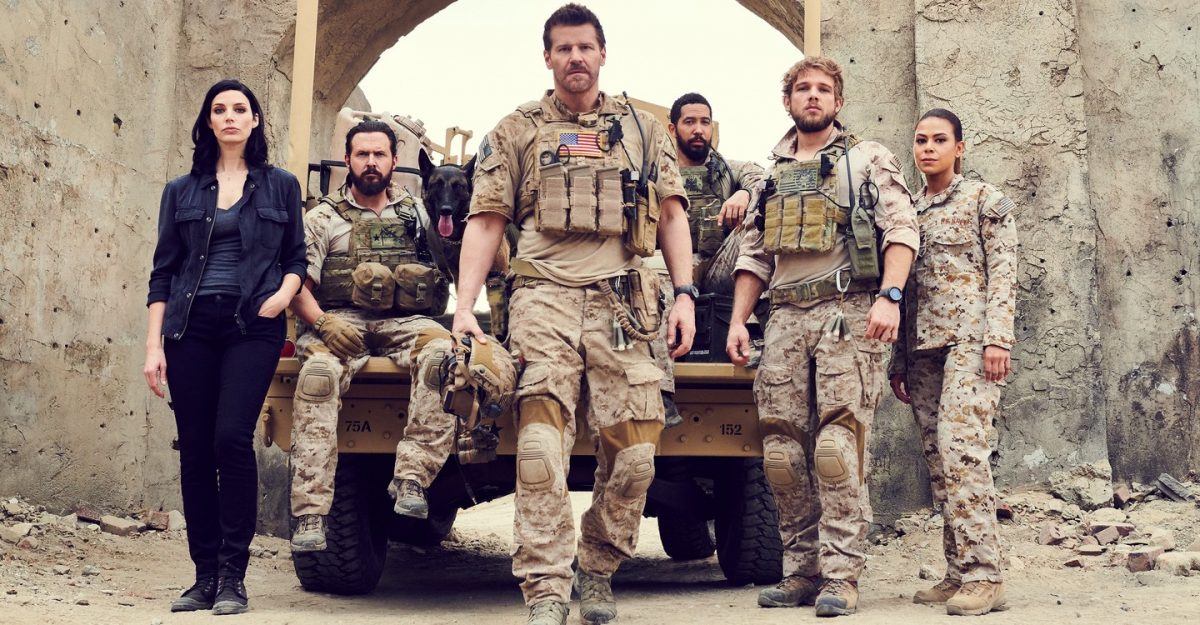 SEAL Team Season 4: CBS’s military drama- SEAL Team has completed its run of three seasons this May. The show first aired in 2017 and follows a Bravo team, a sub unit of United States Naval Special Warfare Development Group. The team is also the most elite Navy SEALs. After the third season ended, all fans have been asking if they would get SEAL Team season 4? Created by Benjamin Cavell, the series stars David Boreanaz, Jessica Paré, and Max Thieriot, among many others. For what’s happening to the fourth season, here are all the details about it-

For all the SEAL team fans, this is a piece of good news for you. SEAL team season 4 was renewed even before the third season of the show completed. The third season ended prematurely and did not end with any big cliffhangers or any incomplete storyline. But, thankfully, keeping in mind the popularity the show has bagged, CBS renewed it, and Seal Team Season 4 is happening. For all the fans who are eager to know what’s coming in next, it’s just a matter of time before to come to know about that.

Actor AJ Buckley, Sonny on SEAL Team, posted the great news on Instagram. However, he, later on, delegated the post from the social media platform. We do have the original caption from his twitter account. The post says that The fourth season is now picked up. The actor says that he is beyond grateful. He has said this about hundreds of times that they are very proud to be making the show.

SEAL Team Actor Boreanaz Talks About What’s Coming Up Next?

Recently SEAL Team actor Boreanaz revealed in an interview with TV Line about how the third season ended and also about Jason and Mandy’s screen. The actor said that over the seasons, the two have hinted that they were involved in the past. We don’t know what really happened between the two, but we do know that they share a strong connection. He went on to say that they have a connection, and they understand each other. Both of them work in a world. They have to get things done where the odds are very high. There is always a bullet coming for someone.

SEAL Team was filming the 21st episode of the third season when they had to suspend the production because of coronavirus outbreak. The episode was called Morning After. Boreanaz told TV Insider that the way show ended wasn’t exactly how they wanted it to. But that end indeed has an unexpected twist to the storyline. He revealed that the team is trying to get the whole band Tigre there, but there are cracks all around them. These cracks will be more visible as the show proceeds.

At one point, everyone thought that SEAL Team would start production in August 2020. However, it feels like it will be sometime before everything starts. At this point, we can just hope that the production starts in the coming months. However, it will be all dependent on the state and the ongoing health crisis. The show is quite intense and involves many large groups of people in the same place at the same time together. So, the producers will indeed choose to wait for a while before they start work on SEAL Team Season 4.

We will keep updating this space with all the information as it comes. So you stay tuned. While we don’t know when productions for SEAL Team season 4 would start, the cast is working on being fit for the show. Here’s hoping that the show would get into action soon.

Insecure Season 5: Will There Be Another Season? Everything To Know
Runaways Season 4: Renewed Or Canceled? All The Latest Details!
To Top