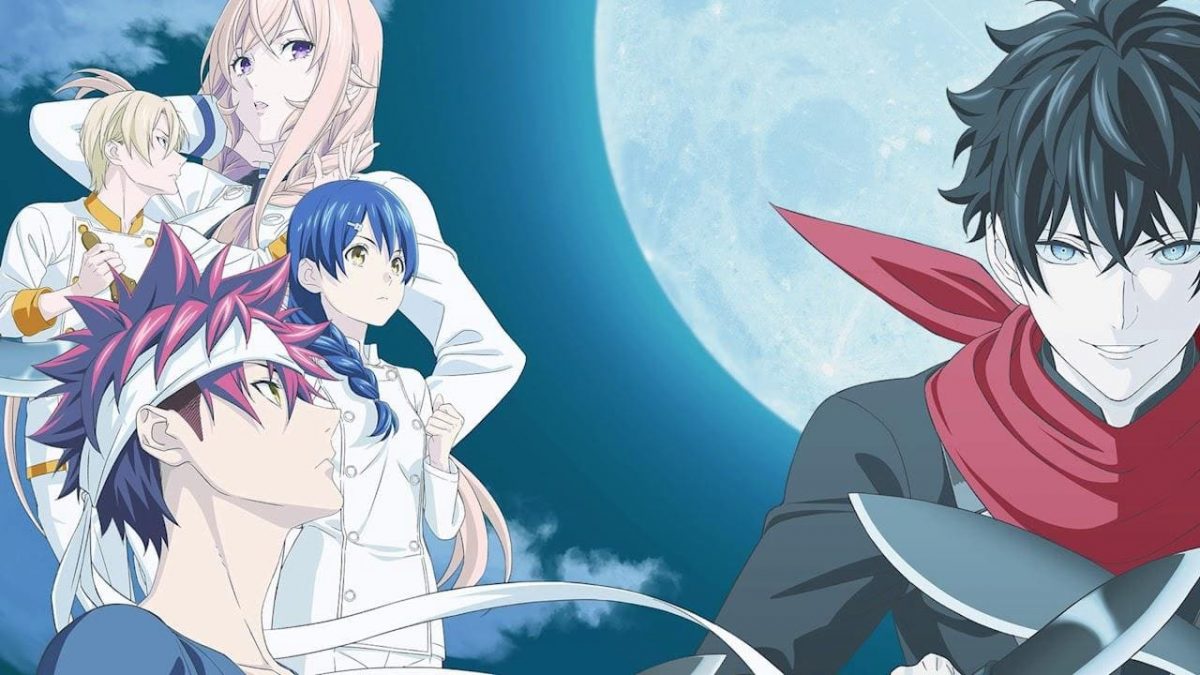 The title of Food Wars Season 5 Episode 9 is “The God Tongue’s Despair.” Shokugeki No Soma continues to move forward with the final arc of the series. Only four episodes remain till the series finale, and the huge gourmet competition BLUE finally heats up. Some antagonists will try to do everything to win the competition. Hence the members from the Totsuki group need to stay alert. In the upcoming episodes, the fans will see intense food battles and some serious threats.

The next episode will advance the biggest gourmet competition BLUE. Four members from the Totsuki group are participating in this competition. They are Erina, Megumi, Takumi, and Soma. Takumi Aldini, with his brother, already beat some of the biggest names in the tournament. And this time, they are up against Don Kama’s group. However, Don Kama used his power to kidnap Isami before the match began. As a result, Soma decided to pair up with Takumi in the nick of time.

The judges for this round of WGO are Dynamis, Rantabi, and Historie. Don Kama offers a brilliant verrine to the judges. A verrine is a sort of a small glass packed with any spicy or sweet dish. The experts examined the verrine, and it is raining fruits inside their bodies, and they felt heavenly.

But then Soma arrived to save the day, and everyone got stunned. Takumi used a new cooking skill known as Denza Sparda. All the judges got surprised after seeing their verrine, which is in the shape of yin yang. It beat the dish of Don Kama. However, Don Kama asked for Takumi’s disqualification because his brother is supposed to help him and not Soma. Now in Food Wars Season 5 Episode 9, the viewers will see the consequences of this battle. It might also be possible that Don Kama will use some new tactics to win the battle. And it will also be interesting how Takumi will find and rescue his brother.

The fans will see some thrilling action with a fascinating food recipe in the upcoming episode. Food Wars Season 5 Episode 9 will release on Friday, August 28, 2020. The viewers can stream the latest episodes of this anime on Crunchyroll.