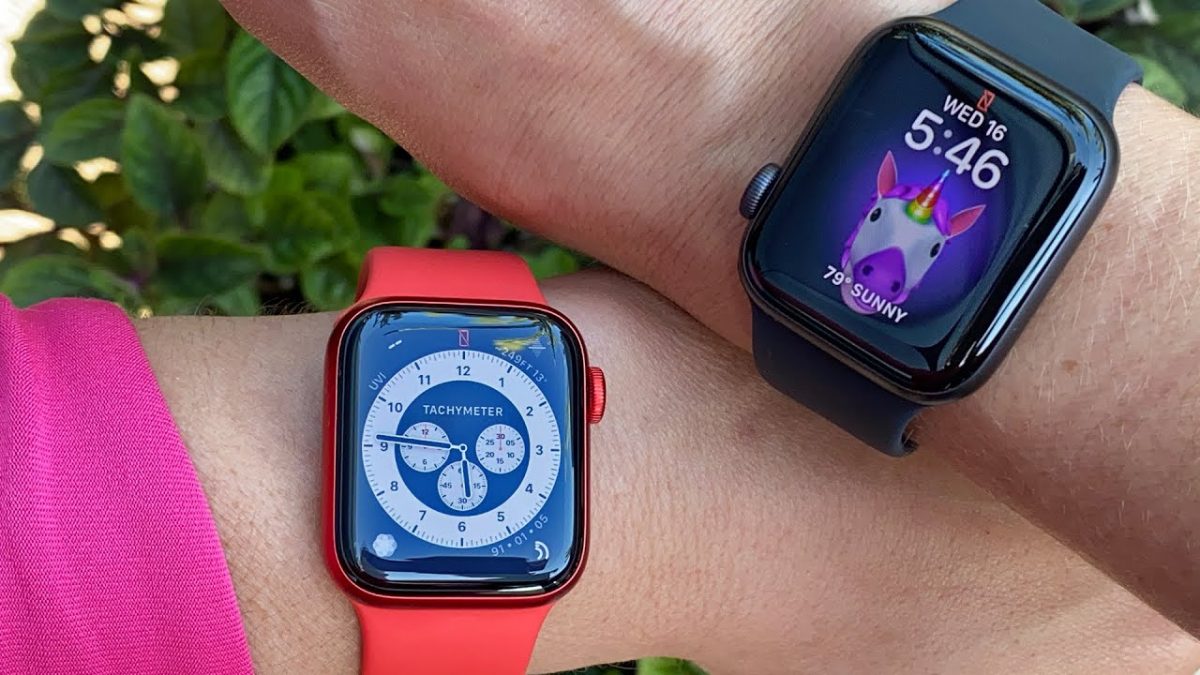 Apple has recently launched its two new versions of watches. One is the advanced and flagship watch, while the other is the economically friendly one. You have to choose your needs and the range in which you fit in. Both of them have their own specialties. Even though the advanced one is farther in the run, the affordable one fulfills your basic needs in better pricing. We have brought to you Apple Watch Series 6 vs. Apple Watch SE. So, the choice is yours, better choose wisely.

Starting from the size of the display, both watches almost offer the same. Each has a 40mm and 44mm display size with a resolution of 324×394 pixels. Both have 50m water-resistant capability. Both SE and Series 6 have a round end. Therefore, the basic factor of appearance and resistance are almost the same. Now let us discover the differences.

The available colors are different for these watches. The aluminum model of Apple Watch Series 6 comes n gold, silver, red blue, space grey. And the stainless steel model comes in gold, graphite, and silver, whereas titanium is natural and black. Moreover, the SE series is available only in aluminum. Therefore, if you are more into colors, then Apple Watch Series 6 has better variants.

The significant features which are added in Apple Series 6 watches are various health controlling monitors. There are an ECG sensor and a Blood Oxygen sensor. These features lack in Apple Watch SE. Let us go in-depth to know how these sensors will help you.

The ECG sensor detects the fall and monitors noise. It also includes international emergency calling. Moreover, the second-generation heart rate sensor keeps up with accurate numbers. For instance, the oxygen level in your body is thoroughly measured and reminded when it changes. These sensors helps you a lot in keeping the check with your health. However, Apple Watch SE only has fall detection, noise monitoring, and haptic feedback settings.

Both the watches were launched on September 16, 2020. Moreover, both have almost the same design. The operating system of the Apple watches is watch0S 7 with dual-core. The processor of Series 6 is S5, whereas SE has S6 with a 64-bit dual-core processor. The internal memory also follows the same as that of 32GB. The recently launched ‘Family Setup’ is supported in both the watches. One can easily say that all the primary factors are the same for Apple Watch Series 6 and Apple Watch SE.

Above All, Price Matters

Decide wisely, as one gives you advanced features while others offer almost all the above basic elements of the Apple Watch. It’s all upon you to choose which is the better buy. Stay updated with us for more of such details.