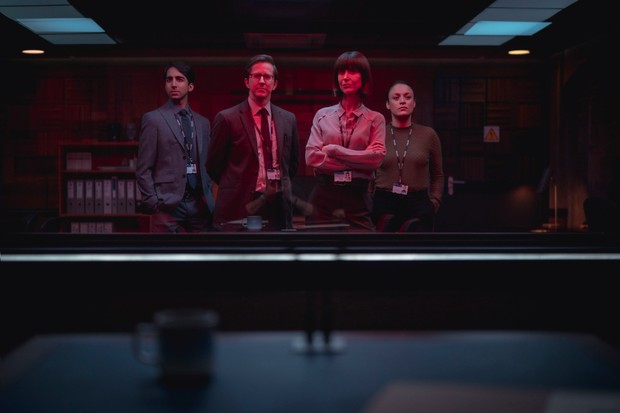 The second season of Criminal released on Netflix recently. The show was just four episodes long and was able to hook up a lot of people. The police drama is indeed quick and full of suspense that makes all viewers desire for more. Created by George Kay and Jim Field Smith, the show almost occurs in a police interrogation room. The regular cast of the show includes police officers who keep interrogating suspects. Ever since the second season released, fans have been wondering if we will get Criminal Season 3. Will they? Here is all we know about it-

The criminal drama brings in various people for interrogation. The first season of the series released on Netflix in 2019 and had three major faces in question. Now the series recently dropped the second season of the same. The season was, in fact, just four episodes long, making it very easy for all the viewers to binge-watch it. After fans have done that, everyone is asking about Criminal Season 3. Given that the show just released, it is too soon to say when the next installment of the show would release. Netflix usually takes some time before they order a new season.

Katherine Kelly Speaks About The Show

In an interview with Radio Times, Katherine Kelly stated that the show is unique in more than one way, and that is one of the reasons why the show got more than one season. She went on to say that they did only three episodes in the first season but then did four episodes in the second season, which is one more. Kelly went on to say that the way this show is scripted, they could do one, or could do six, or they could leave it and come back to continue a few years later.

Kelly says that the show has its own unique formula and all of it is quite unpredictable. So, nobody can say what the plan really is. She went on to say that even after all of that, she thinks that there is a plan to do more. George, the writer, and co-creator of the show, has more plans for what could be coming. He has other stories and episodes already ready in his mind.

Every episode of the show is quite self-contained. However, there is one story that is running through both the seasons like a thread. So far, DI Tony Myerscough has been struggling to gather the courage to ask his boss Natalie out on a date. By the end of the second season, Natalie was quite bored of waiting and took matters in her own hands. She asked Tony to share a drink at the bar. The third season would indeed continue exploring their relationship along with a police investigation by the side. As for how long the upcoming season would be, honestly, we don’t know yet. In the interview, Kelly suggests that the length of the show would keep varying.

Speaking about the release date, since the show just released, it will be sometime before we get more of Criminal Minds. We can hope that the show would release sometime in 2021 or early 2022, maybe. We will keep updating this space with all the new information about the show as we get it. So, you stay tuned.