HBO’s anthology series Room 104 has been in the talk from some time. The show always comes up with some interesting stories to tell in each episode. However, this year, with the release of its fourth installment, the fans are eager to watch more of the series. Will there be Room 104 Season 5? Know everything about the coming fate of the show.

Room 104 is created by Mark Duplass and Jay Duplass. The series first came up in the year 2017. The name of the series defines all, as the story is set around a single room. We see different characters coming up each season with different stories. The plot of each episode will keep you intact with the seasons. For instance, Room 104 has various genres involved in it, from horror to thriller to comedy. Each episode of the season is filmed in a fast and loose manner. However, we see all kinds of people, from bizarre couple to the cult priest to alcoholic Croatian. It is interesting to see different sections of society to come up on the screen. Let us explore the coming elements in Room 104 Season 5.

It seems that the show will not be up for its fifth installment. The fourth season of the show was set to be the finale of the anthology series. The creator, Mark Duplass, discusses with the Deadline about the ending. He describes it to be bittersweet. He is sad but satisfied as well to get the opportunity to show his creation. The series has received high praise from its audience.

Moreover, the show is not ending because of the current situation of Pandemic. For instance, it must have had its own issues. We obviously wanted to see more of the stories in the future. But, what’s fated can not be bloated. Therefore, it’s better to end at a better ending than to just drag.

The directors included were Mar Duplass, Kran Soni, Jenee LaMarque, Mel Eslyn, Ross Patridge, Jullian Wass, Patrick Brice, Lauren Budd, Natalie Morales, and Sydney Fleischmann. There have also been various writers and producers of the show. It must have been great for Mark to work in different fields of the series with so many teammates and cast members. It has been the first time he has starred, directed, written, and performed the original music.

You may never be able to see Room 104 Season 5. However, the series will still be known for its various genres and amazing stories. It would have been interesting to see more of the series. But, we except the ending and wish Mark Duplass to come up once again with such amazing shows. If you haven’t yet watched the series, then you should because it’s worth giving the time. Keep watching and staying updated with us. 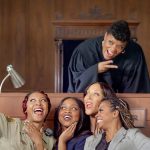 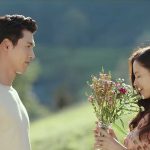