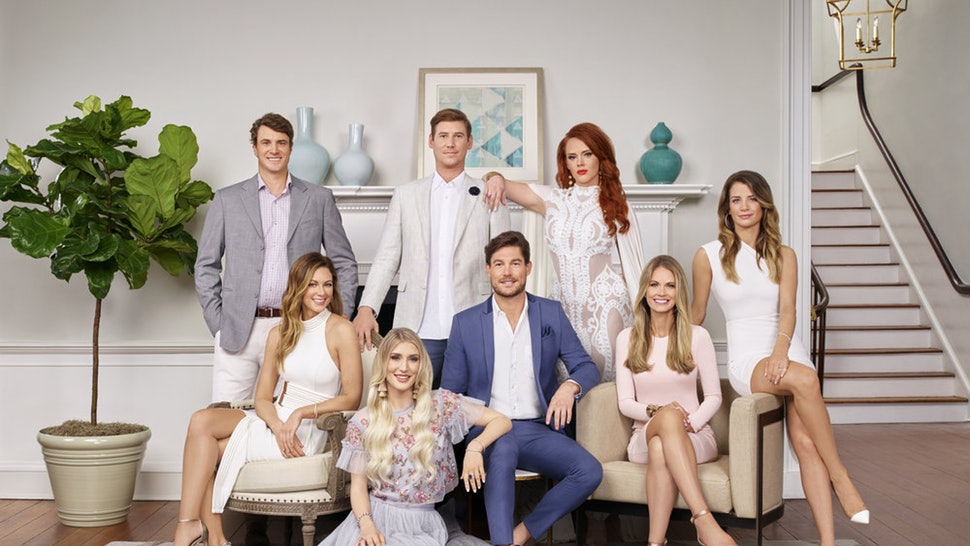 Southern Charm will have some brand new charms this season. The show has revealed the new faces of the characters coming up. Have you seen the trailer? If not, don’t worry, we have covered it for you. Scroll down to know everything about Southern Charm Season 7. It seems that the upcoming season will have all the fun and excitement ahead, like always.

American reality show ‘Southern Charm’ came up on the web in the year 2014. The series focuses more on Southern culture as well as history. However, the personal and professional life clashes seems to entertain the audience. There are seven socialites who live in Charleston of South Caroline. For instance, they are Craig Conover, Cameran Eubanks, Austen Kroll, and Madison LeCroy. The several seasons bring more of the thrill to the show.

The series throws more light on the world around exclusivity, money, and scandals. With growing fame, the characters also have to preserve the name of the family. The series does not present the fake drama; it projects the exact world around the elites. We will further see what newness Southern Charm Season 7 will bring to the show.

There will be several additions in the upcoming season of Southern Charm. We will also see some similar faces like leva Bonaparte and John Pringle. Bonaparte is Cameran’s friend who appeared in previous seasons. However, she will now be dealing with life’s drama. We will see the season throwing more light on her husband, Lamar, and young son.

On the other side, John will be coming back to Charleston after living in Los Angeles. It seems that this single dad is going to mingle soon. We have to see further how the life of these characters changes in the upcoming story.

Thomas Ravenel once again got another woman pregnant. Kathryn tactfully stated about the news to Danni. However, he has left the show way before, he surely used to be among the main. He will always be in the talks. For instance, Kathryn will once again have to deal with the drama of Thomas. There will further be more changes in relationships. We may see many building and breaking. Therefore, get ready for the thrilling ride ahead.

We are going to see all the lead faces. There will be Austen Kroll, Craig Conover, John Pringle, Kathryn Dennis, Leva Bonaparte, Madison LeCroy, She Rose, and Southern Charm. Moreover, Madison will be seen with someone who deserves her the best. There will be matchmakings and couple building romance ahead.

Get ready for patching and breaking up of the relationships. There will be an adventurous ride for the characters. However, life has never been easy, and that will be perfectly depicted in the upcoming season. It is set to release on Thursday, October 29, at 9 p.m. on Bravo. It’s not too far, so better be ready for the revelations. Till then, stay updated for more information in this space.