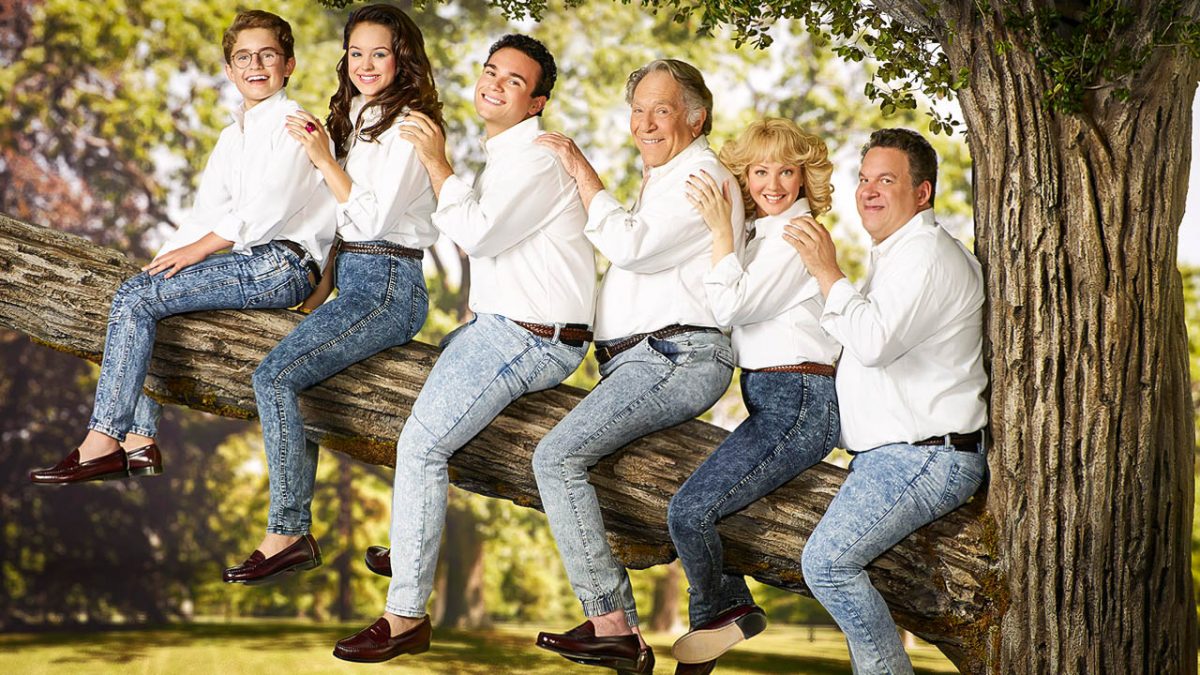 After portraying some iconic films, including Dirty Dancing, Ferris Bueller’s Day Off, The Goonies, and National Lampoon’s Vacation, The Goldberg’s Season 8 is all set to remind you of another iconic film, Airplane. Well, when it comes to reminding the good old times of the 80s, then there’s nothing more hilarious show than The Goldberg’s. The show is famous for its classic 80s tribute, and the eighth season wouldn’t be different from its previous seasons.

The Goldberg’s, created by Adam F. Goldberg, is a sitcom on ABC. It follows the 80s reality through teenage eyes. The show is inspired by the real events occurred in the showrunner’s childhood, when he often videotaped every event of the 80s. These videos are reacted in the show, and at the end of the show, these videos are shown during the credits. Adam used to document his life with his grandfather Albert “Pops” Solomon (George Segal). He further advises his grandchildren to help them out from any situation.

The Goldberg’s family had taken us to National Lampoon’s Vacation in its past season. However, this time, the family moving ahead for an adventurous tour in their Airplane. In which the family matriarch Beverly (Wendi McLendon-Covey) is driving a flight attendant insane. Adam (Sean Giambrone) somehow creates trouble in the cockpit where Barry (Troy Gentile) enacts as co-pilot. Now, it’s unclear where the family is going for their adventure. But, one this is sure that you’ll die of laughing.

Before The Goldberg’s Season 8, the show has recast one of the cast members who had appeared only in a few episodes. Kelli Berglund, who played Ren, had appeared in the last season and quickly she became a friend of Erica. Later she became Barry’s love interest. However, ABC has decided to recast the role. Well, this isn’t the first time that the show has made such changes in the cast.

Carrie Wampler Would Join The Cast

Lately, the news came up that Big Little Lies star Carrie Wampler would replace Kelli’s Ren. Well, Kelli was initially willing to manage her role simultaneously, working on another project. However, due to the ongoing pandemic, Kelli had no choice left to leave the show. Well, considering Kelli’s performance as Ren, it seems that there’s a huge weight on Wampler’s shoulder. But we hope that Carrie Wampler would make justice to her character.

Well, the entire family would return with more madness this time— we will see Wendi McLendon-Covey as Beverly Goldberg and Troy Gentile as Barry Goldberg. Along with Patton Oswalt as Adam Goldberg, Sean Giambrone as young Adam Goldberg, and Hayley Orrantia as Erica Goldberg. George Segal as Pops Solomon, Jeff Garlin as Murray Goldberg, and Sam Lerner as Geoff Schwartz would join the show.

The Outpost Season 4: Already Renewed! Know Who Will Come And What Will Happen?
Warrior Season 3: Will There Be More? Things Seem To Be Uncertain; Know What Will Happen
To Top