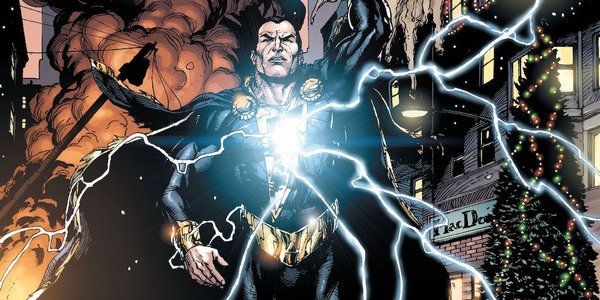 DC’s highly anticipated Black Adam starring Dwayne Johnson is in the processing. The most-awaited movie has recently made some big revelations about the upcoming scenario. Sarah Shahi is going to join the movie opposite Dwayne Johnson. We have brought you all the future spoiler of the movie.

Moreover, the villain is so famous that it is ranked as the 16th greatest villain of all time by IGN. The character is described to be a highly skilled warrior even above the power of Shazam. In the recent creation of the movie, we will see Dwayne Johnson as Black Adam. Let us see how the story of the film will be developed.

Sarah Shahi As Dwayne’s Opposite

Sarah Shah will be playing the role of Adrianna Tomaz, a university professor, as well as the freedom fighter. The 40-year-old actress will be the opposite of Dwayne. We have seen her appreciable acting in ‘City on a Hill,’ ‘The Rookie,’ Person of Interest,’ ‘The L Word’, and ‘Fairly Legal.’ However, currently, she is shooting for “Sex/Life.” We are very excited for her powerful role to be up on the screen.

The upcoming plot isn’t out and probably will not happen anytime soon to maintain the interest. But, there are other spoilers about who is coming and who not. Fans will be seeing Aldis Hodge as Hawkman. The actor is debuting his career in DC Universe with a particular role. We will also see Noah Centineo as Atom Smasher.

Moreover, the producers are Johnson, Dany Gracia, and Hiram Garcia with Beau Flynn of FlynnPictureCo. And Scott Sheldon as executive producer. Let us wait to see the brilliant minds coming up on the screen.

Black Adam has been one of the most awaited movies, which was speculated to release in 2020. However, the film is facing delay and is further pushed forward. The main reason for the pushed premiering is COVID 19 situation. At the same time, every other DCEU movie is rescheduled because of the ongoing scenario. The movie has been in the making for several years. Fans were eagerly waiting to see Dwayne’ The Rock’ Johnson portraying the enemy of Shazam. The same will happen, but you have to continue with patience to wait.

Warner Bros. announced the release date of Black Adam to be December 22, 2021. It’s one whole year to wait for the famous Black Adam. The calendar has been facing some shuffling; therefore, it might happen in the future as well. We are excited for the movie to start production. Till then, we will continue to update you with lots of spoilers in this space.