IT is definitely one of the best horror movie franchises the fans have ever seen. Therefore, after watching its second part, everyone started to demand It Chapter 3 without any delay. They want to explore more of Pennywise and its mythology. However, it has been more than a year since the release of its second chapter. But the fans haven’t heard anything from the creators yet. So when will it release? Here’s everything to know.

It is an American horror film series. Warner Bros Pictures produced and distributed the two-part series. Andy Muschietti directed both films of the franchise. The first chapter of this film made its debut on September 8, 2017. Its sequel came two years after on September 6, 2019. Both the films performed well at the box-office and received a positive response from the critics. Ever since its release in 2019, everyone is waiting to get any updates on its third part.

The second chapter of the horror film offered a definitive conclusion to the franchise. But the directors of this film and the clown himself, Bill Skarsgard are still open to the ideas of its third installment. The franchise of It is the remake of the 1986 novel series of the same name by Stephen King. The second film exhausted all the source material. Therefore, for making It Chapter 3, the creators have to explore more of Pennywise mythologies.

However, that’s the great thing about mythologies. There is no end to it. The director of this film also said something similar in his recent interview. He said, “Mythology is something that constantly has possibilities to explore. It has been on Earth for a lot of years. He’s been in touch with people for hundreds of years, every 27 years. So you can visualize the amount of material.” They are open to the idea for the next installment. However, they haven’t renewed it officially. The fans are still waiting for them to greenlight the film for its third run.

Will It Ever Release?

The first two films in this franchise received a great response from the critics. Plus, it managed to gross $1.1 billion with a combined budget of $114 million. And this makes it the seventh highest-grossing horror movie franchise ever. So, if we are talking about digits, there won’t be any problem. The main concern is the makers already concluded the story of Pennywise when the members of the Losers club ripped out his heart.

If Skarsgard returns with the role of Pennywise in the third installment, then there won’t be any importance in the storylines of the first two films. The writer Gary Dauberman also thinks the same. However, there are some possibilities that the fans will see some spin-off stories in the near future. The best bet is that Andy decides to explore the mythologies of Pennywise for making the third film in the franchise.

There is a gap of two years between the release of the first and the second film. So, if we follow this pattern, the third one should come out in 2021. But the creators haven’t even renewed and started working on its next part. Therefore, if It Chapter 3 is on the cards, then the fans can expect to see it sometime in 2023. 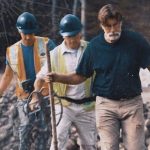 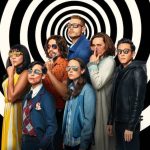