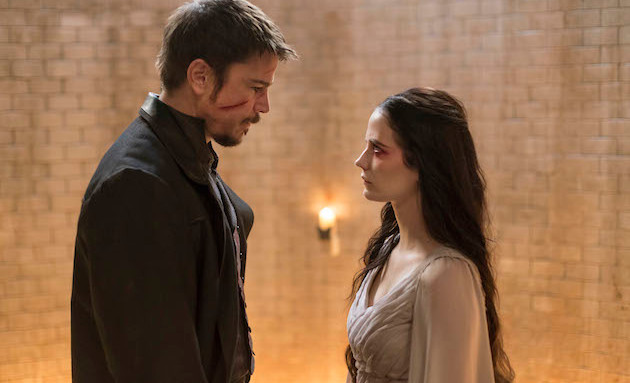 The latest season, season three, does a wonderful job as they wrap up a number of primary storylines. Sir Malcolm and the team reach Dracula’s lair to rescue Vanessa. They are then attacked by Dracula’s children while Ethan slips away and goes to find Vanessa.

She then asks him to shoot to end the darkness. By the end of the show, we see Sir Malcolm, Victor, and Ethan as they decide to move on with their futures and Vanessa’s funeral. What’s coming up next? What is the future of the show? Here are all the details about it-

The latest season of Penny Dreadful, the third season concluded in May 2016. The season was able to bag great critical review with 93% Rotten Tomatoes and 83 on 100 by Metacritic. However, even after such great ratings, it looks like we will not get Penny Dreadful Season 4.

It does not look like Penny Dreadful Season 4 will ever happen. John Logan had realized it in the second season, that the third would be the end of the show. The third season sees Vanessa dying as Chandler’s noble sacrifice. As for the creator, Logan feels that this end was the natural end of the story and the end of the show itself.

Logan feels that the story would not continue without Vanessa. This show indeed is a supernatural one, and while Vanessa could be resurrected, Logan seems determined to not wake Vanessa from her peace. So, that would mean that we will never get Penny Dreadful Season 4.

Set in Los Angeles, the characters are connected to a dispute between the Mexican deity- Santa Muerte and her sister Magda, a demoness. The detectives Tiago Vega and Lewis Michener go on to investigate a murder where they find themselves deeper and deeper into the history of the city. They even get involved in the tensions between Nazi conspiracies and racial hostilities.

The series failed to either bag viewership or the ratings. So, fans must not be hopeful for either Penny Dreadful Season 4 or more of the spin-off series. If anything does changes about the show, we will keep you updated. So, you stay tuned.