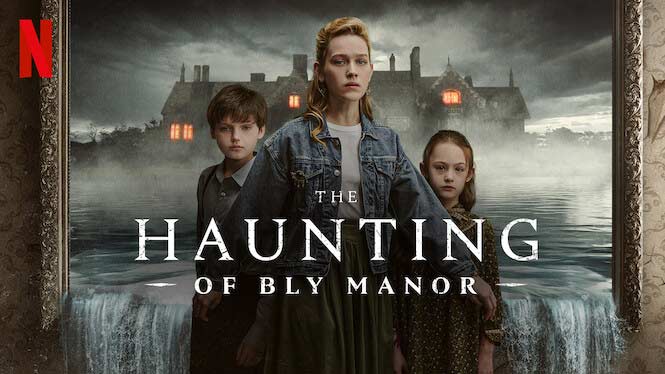 Like the Hill House, the story of The Haunting’s next outing will move on from Bly Manor as well. Mike Flanagan will set his new project in a whole new haunted house altogether. He will probably pick the works of another legendary author for The Haunting Of Bly Manor Season 3. Also, we’ll take a look at a scene from Season 2, which has a hint about the third installment’s plot. When will the new episodes come out? Will we ever go back to Hill House and Bly Manor? Here are the answers to all your burning questions.

The Haunting is popular horror anthology series created by acclaimed director Mike Flanagan. The Netflix original series debuted back in October 2018 and won the hearts of millions of people around the world. With a brilliant cast of psychologically damaged characters, the installment took us deep inside the mysteries of Hill House. However, being an anthology, the show had to move on from the first story and begin another one for the sequel.

The second season of the show called The Haunting Of Bly Manor took two years to hit the screens. It premiered on Netflix with a total of nine episodes in October 2020. Yet again, Flanagan’s ‘perfectly-splendid’ work was loved by the viewers. Well, the installment also split The Haunting’s fans into two as to which season was the better one. Overall, the sequel has set up high expectations for the third installment.

As of now, Netflix or any producer of the show has not confirmed the third season. Well, it’s currently way too early to expect a renewal. The streamer usually takes a few months to assess the success rate of any show. Moreover, Season 2 was greenlit four months after the release of the debut installment. Hence, fans might need to wait for a few months to get the renewal of The Haunting Of Bly Manor Season 3. We will update this section with relevant information.

The filming for Bly Manor began almost a year after its predecessor’s release. However, the creators of the critically-acclaimed show may even take longer this time. Show director and mastermind Mike Flanagan has a busy schedule ahead of 2020. He has already begun working on Netflix’s new supernatural horror series called Midnight Mass. Its production started back in August 2020 and might take several months to complete.

On the other hand, as CNET speculated, Warner Bros. might rope in the talented director for a new project. The studio is rumored to be planning to produce an adaptation of a novel by Stephen King called Revival. It is said that the movie might be much darker than Flanagan’s previous work. The upcoming film might feature mature themes centering around the relationship between a drug-addicted musician and a dubious faith healer with a hidden agenda.

It is speculated that Flanagan will begin filming Revival after his project with Netflix. However, the director is yet to confirm whether he’ll direct the movie in 2021 or later. Well, there are chances that he will pick up the productions of The Haunting Of Bly Manor Season 3 after Midnight Mass and before Revival. Even if that happens, filming for the third installment might not begin anytime sooner than late-2021 or early-2020.

Ever since the second season ended, fans of the show have begun to talk about the upcoming season’s plot. The Haunting Of Bly Manor Season 3 will be renamed based on the haunted house it’s based in. Flanagan has been picking up the works of legendary authors for ‘The Haunting’ series. The first season of the show was inspired by Shirley Jackson’s popular 1959 novel called The Haunting Of Hill House.

Whereas, Season 2 acts as an adaptation of Henry Thomas’s 1898 novella The Turn Of The Screw. However, it also picks up some elements based on some other works of the renowned author. Hence, The Haunting Of Bly Manor Season 3 is likely to be based on the works of another acclaimed horror-supernatural author. Thus, here’s the most probable option that Flanagan can pick.

*Flanagan’s Secret Hint In The Haunting Of Bly Manor*

The mastermind Mike Flanagan had given out a major hint about the plot of The Haunting Of Bly Manor Season 3 in the previous season. Screenrant pointed out that the characters talked about a ghost story in the first few minutes of the second season. The guests that came for Flora’s (older) wedding discussed the supposed ghost of a nun in the castle they were in. Flora’s husband went on to say that the castle used to be a convent for a few decades in the 1940s.

This story was never discussed again in the show and had no purpose of being mentioned at all. Hence, many fans wonder whether it was a hint for the upcoming season. Surprisingly, the story has a lot in resemblance to Charlotte Brontë’s novel called Villette. The horror novel takes place in a convent and also features a nun. She supposedly buried alive on the convent’s grounds for breaking her vow of chastity. Villette is a critically acclaimed novel and will likely be the perfect choice for The Haunting Of Bly Manor Season 3 (or The Haunting Of The Convent?).

As of now, Netflix has not announced the return of the sequel. Besides, Flanagan is currently occupied with other projects. Even if the renewal comes right away, the production may not begin until the end of 2021 or the beginning of 2022. The filming for the show usually takes around five to six months while the post-production process consumes a few more months. Thus, based on the current situation, the new episodes of The Haunting Of Bly Manor Season 3 may not arrive anytime before late 2022 or early 2023. Keep an eye on this corner for all future updates. 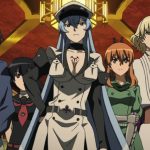 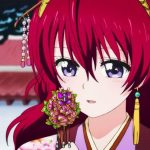