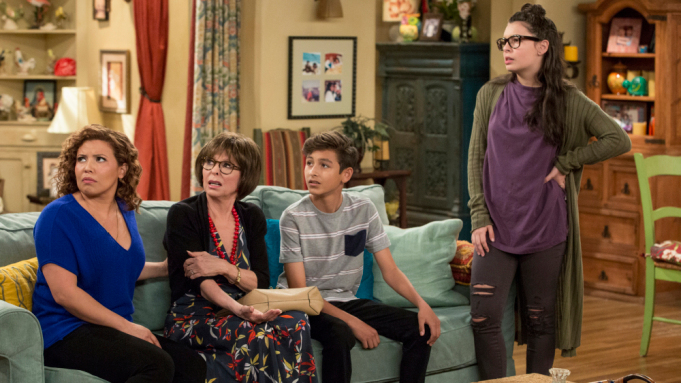 One Day At A Time is facing a bad time for quite a while. The show was canceled before by Netflix. And, One Day At A Time Season 4 faces the same fate of cancellation, even in the worst form. The season is left in the middle after the release of a few episodes. However, The series’ makers brought up the remaining storyline, which never got the chance to release. Know whether any platform would pick up the series or not.

One Day At A Time is a sitcom drama, based on the TV series of the same name by Whitney Blake and Allan Mannings. The plot brings up the everyday life of an American-Cuban family. We see the story revolving mainly around Penelope Alvarez. She has been before in the United States Army Corps. There she had to deal with a lot of issues.

However, some of them are still going on in her life. Penelope also feels unsafe at her own home. She has an alcoholic husband. Therefore, she has to raise two of her children, Elena, and Alex on her own. Slowly, Penelope starts enjoying her life. She has also started dating men and living a romantic life.

One Day At A Time Season 4: Laid To Rest!

One Day At A Time was at first Netflix’s original. But after the completion of the third season, the platform drew back from bringing more seasons. Thankfully, it got its new home, Pop. But, it seems that things are not staying constant with One Day At A Time. The new home has also canceled the series for its fourth season.

The pandemic has brought much chaos to every show and series. One Day At A Time Season 4 has fallen in the same trap. The fourth installment came up on the screen from March 24, 2020, until June 16, 2020. After that, Pop canceled to bring more episodes to it.

One Day At A Time Season 4’s episodes from eight to thirteen was written but never got the chance to come upon the screen. How was the ending of the season? Have you watched the released episodes and now left in the middle to know the full fate? Don’t worry because we have got you covered. ‘Supermoon’ was going to be the finale of the season. We would have seen Lydia’s character struggling with the idea of Elena not being married in the church.

Gloria reveals the coming plot in an interview with EW. She says, “Wilson Cruz was going to play a hot priest in a church.” The forthcoming episodes would have talked much about the Catholic families and LGBTQ communities. Elena further decides to go to UCLA instead of Yale. Therefore, we wouldn’t have seen Elena and Syd being together.

Sony To Shop One Day At A Time

Sony Pictures is reported to be planning to shop the series. Deadline reports, “Sony Pictures TV plans to exhaust every avenue for keeping One Day At A Time alive.” However, it will be bringing the show to different outlets.

One Day At A Time Season 4: Release Date

The remaining episodes of One Day At A Time Season 4 may never release on Pop. We can further wait for Sony Pictures Tv to shop for the sitcom drama. Till then, stay linked for more information.