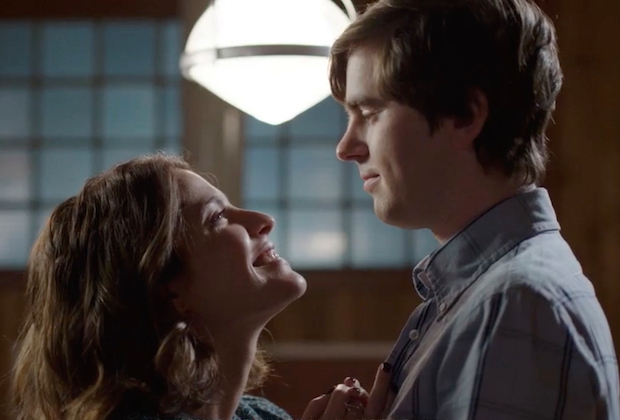 “Parenting” is the most difficult as well as a blessed thing of life. The Good Doctor Season 4 Episode 8 will give us the experience of something like that. The future scenario will be the biggest milestone of Shaun’s life. He will meet new ones and will probably look deeper into the coming future. However, the story will excite us the most. Will things be as planned? Well, nothing can be perfect in The Good Doctor, apart from the name of the series.

The Good Doctor Season 4 Episode 8 is titled “Parenting.” The episode is directed by Rachel Leiterman whereas written by Patti Carr. We will see Shaun meeting up with Lea’s parents for the first time. The coming scenario will be a great deal for him. Both of them like each other and are looking towards a bright future. So, will the meeting be a successful one? We want it to be, but don’t exactly know.

On the other side, the doctor’s team will meet a gymnast patient. The character is going through some complications. Meanwhile, the doctors will try their best to invest their time and help them cope with the struggle.

The upcoming situation will be the important one for Shaun. The character has always had a social struggle. Therefore, he always gets too conscious amidst new people. So, will the scenario remain normal, or will any odd things take place? The coming episode has all the answers with itself. However, meeting with Lea’s parents will be a great deal. Let us hope for a better scenario ahead.

The last released episode of the season was “The Uncertainty Principale.” In this episode, we saw Lea opening up about her ex-husband. Lea married ten years ago. The couple was too young when they got married. They didn’t give much thought to the marriage. However, the situation was hunky-dory at first, but slowly they realized that they weren’t meant for each other. She never discussed this with Shaun because she never thought about her ex-husband in these years.

After knowing about the story, Shaun gets a bit worried about their future. There comes the topic of the uncertainty principle. In order to stand with it, Shaun chooses to conduct a poll to see how many are in favor of shower sex. It seems that most of theirs answers were positive. Therefore, Shaun chooses to do the deed. At the same time, he brings a cowbell for Lea to ring whenever she thinks their relationship is drifting apart. It was a great episode full of enjoyment and thrill.

The eighth episode of The Good Doctor Season 4 will be there on the screen on January 25, 2021. It premieres at 10-11 pm EST on ABC. Stay tuned with us for more updates in this space.

The Haves And The Have Nots Season 8: Marks The End, A True-To-Life Tragedy!
911 Lone Star Season 2 Episode 2: “2100°,” Some Big Scenario Ahead! Michelle Blake Exits, Know Upcoming Plot
To Top