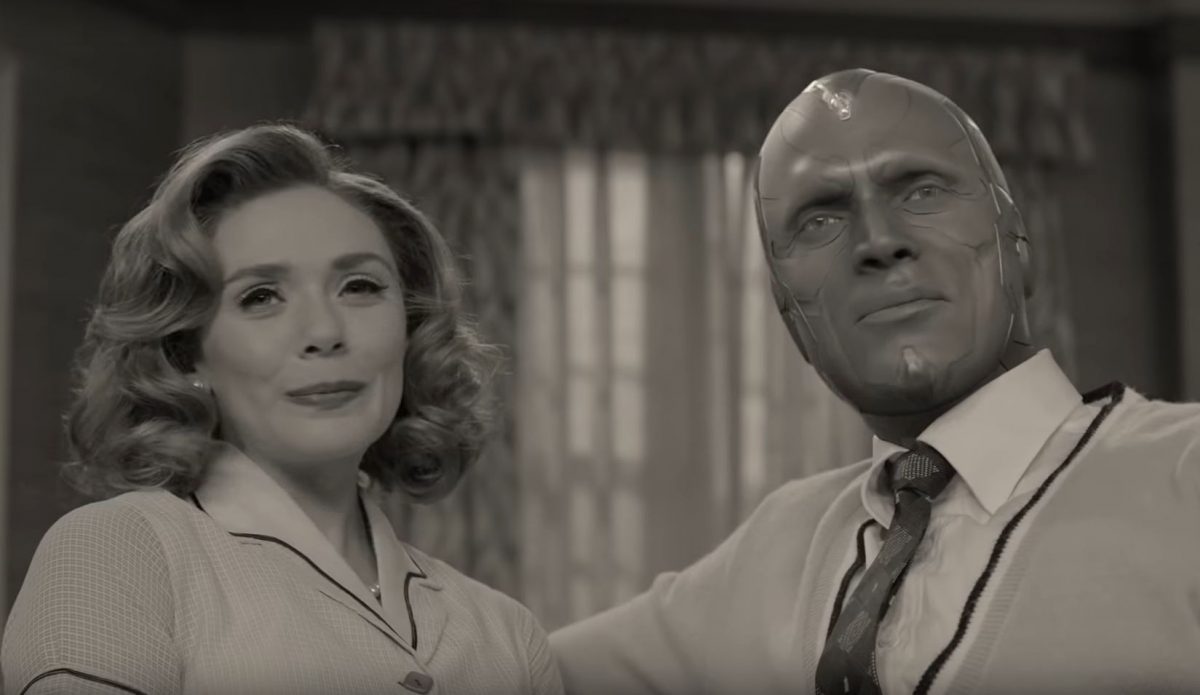 Elizabeth Olsen mockingly teased that WandaVision Season 2 is a possibility as there are plenty of plots left to discuss in Wanda’s world. But, it’s still unclear how things would move in WandaVision Season 2. Well, it’s quite unclear to predict everything for the future now. As the first season is yet to finish. However, the first season of the MCU and Disney+ series has already broken the records. It also appeared as the Marvel Studios’ blockbuster hit.

WandaVision has officially slated in the MCU Phase 4 plan that begins streaming on January 15, 2021. Well, all of Marvel’s upcoming stories will link to each other in a typical Marvel style. Similarly, WandaVision will connect directly to Doctor Strange And The Multiverse Of Madness, as well as the Spider-Man: Far From Home sequel. Although the story arc is kept secretive from the audience. But the trailers indicate plenty of drama due to Wanda’s suburban dream with Vision.

Disney+ And MCU Planning For The Next Season?

Unfortunately, the streamer hasn’t announced any of their decisions and plans for the second season. Thus, it’s uncertain whether WandaVision Season 2 will find its place or not. As per the MCU, WandaVision, The Falcon And The Winter Soldier, and Loki were assumed as the standalone series with a proper beginning and ending. But, after Loki’s return for the second season, there is a high chance that these Marvel series would also count as the ongoing series.

Elizabeth Hoping For The Second Run

In an interview, Elizabeth shared a high chance that WandaVision will return with season 2. Speaking on whether the Doctor Strange sequel would serve as WandaVision Season 2, Elizabeth laughed and said that there’s more to come. Although, Wanda’s dream world will highly be connected to Doctor Strange’s new movie.

But, there are plenty of stories that wouldn’t be solved in the next part. Though later, Elizabeth said that she’s unsure whether they would get the second season or not. But her answer is hinting that maybe WandaVision would soon receive a renewal for the second season.

Scarlet Witch Has A Long Way To Go

Although Olsen’s words indicate that the first season isn’t the end of Scarlet Witch’s extraordinary story. Nor Doctor Strange’s sequel can give all the answers to Wanda’s dream. Thus, we can assume that Marvel is planning a big move to Wanda’s story. Since her unique and incredible powers make her one of the strongest superheroes of MCU. So, the series would hint at the future of Marvel’s Multiverse. Well, there’s no doubt as Wanda’s importance in the MCU will grow more.

However, it’s not the same for Vision. As everyone knows that Vision died at the end of Avengers: Infinity War when Thanos forcibly stole the mind stone. But, this realization could affect Wanda’s dream. However, it would take ample time to jump on this storyline. Well, WandaVision takes place to delve into grief and trauma that both the characters faced at the end of their separation. So, we can suppose that Marvel will provide extra nine episodes to give justice to their story in the form of WandaVision Season 2.