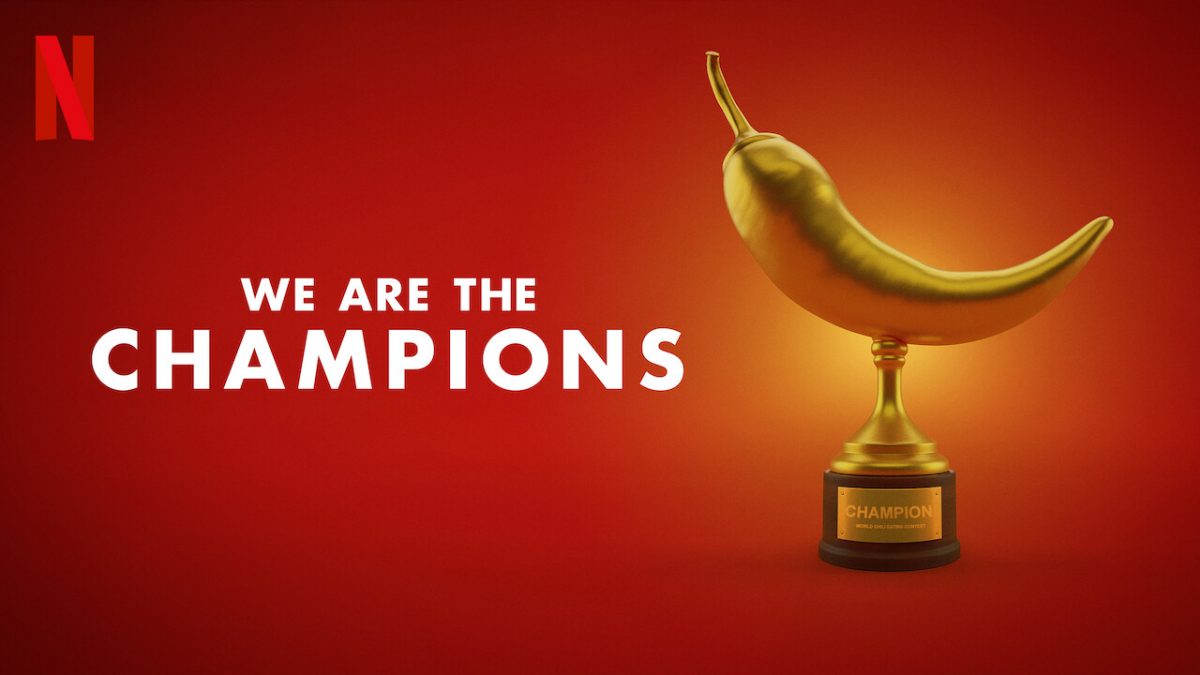 We Are The Champions Season 2: Has Netflix Renewed It?

As of now, the streamer has yet to renew We Are The Champions for the second run. However, the first season helped the viewers learn more about the bizarre competition worldwide with a blend of entertainment. The first season also received an 80% positive response from the critics in Rotten Tomatoes. However, it seems that Netflix is still unsure about the fate of its second season. Further, the pandemic is also marking the halt on Netflix’s decision.

We Are The Champions Season 2: What To Expect From The Next Season?

The first season saw six unique competitions in each six-long episodes. It begins with the Pepper Eating task, where several participants bear the heat of Carolina Reaper Pepper. Then we explored the Cheese Roling Contest, where each participant chases the rolling cheese down the hill. They stumbled and chase. But only the one who reached the finish line first declared the winner.

Fantasy Hair Styling competition invented by Bronner Brothers is a part of their International Beauty Show. Several stylists portray their extraordinary hairstyles in only 90 minutes. Then we saw the stunning dogs dancing competition where they follow 400 commands of their master in just four minutes. The Frog Jumping contest is another set of competitions, in which the participants try to break Rosie the Ribeter’s record of 21 ft and 5.75 in.

Will The Competitions Return?

Well, it’s more likely that the next season will return with some new, quirky, and bizarre challenges. However, it could happen that the creator returns with some old competitions with some new faces. But, it’s unclear what happens next in the second season. Although considering the pandemic, it’s quite risky to begin the filming of such historic celebrations.

We Are The Champions Season 2: When To Expect?

As of now, it’s unsure whether Netflix would come up with the second season this year. Although everything has started to begin, yet it’s unclear when the respected country or state will permit to film those competitions with such a vast audience. However, if it happens, we can expect that We Are The Champions Season 2 would return sometime in 2022.