Seal Team Season 5 will be seen one last time before making a final move to the Paramount+ streaming network. The news was confirmed when Season 5 was renewed on May 19, 2021, by CBC earlier along. The renewal was followed by an announcement about shifting Seal Team from CBC to Paramount+. Keep reading to know about the latest revelations of Seal Team Season 5, including the release date, plotline, cast details, and more important news.

Seal Team Season 5: What Will Happen?

As per the official synopsis, the Bravo Team will be left in shock at the beginning of Season 5. The team has been tricked when a training exercise turns out to be a covert operation. The mission objective is to get a weapons expert out of one of the world’s most dangerous countries at the premiere episode of Seal Team Season 5.

The Bravo team is expected to loop back & forth on missions and their families in the upcoming season. Fans also hope that the experiences of season 4 will play a significant fact in the upcoming season for the Seals. A more long-form storyline is expected for the forthcoming episodes as the show changes from CBS to Paramount+. Also, a total of four episodes will be aired on the CBS network before the shift to Paramount+. The plotline is expected to focus more on standalone arcs. The arcs make it easier to draw meaningful stories without the knowledge of prior episodes. However, the Seals are expected to face a significant challenge and action-filled missions for Season 5.

Seal Team is known for adapting real-life scenarios in the show. The writer of the show has pulled off the feat in the previous seasons. We’ve also seen the Bravo Team conducting missions in Afghanistan. So will the fans revisit Afghanistan for Season 5, citing recent situations of War in the real world?

The current Afghanistan war scenario has left the fans speculating that Season 5 might feature related instances. The writers addressed a fan’s question revealing, “Season 5 mission will take them to a completely different part of the world.” He also added that no corrections would be made in the plotline for Season 5. However, fans still expect that the tables might turn in the latter half of Season 5. 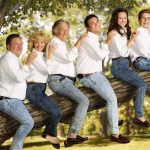 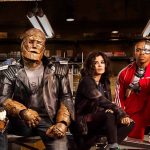