The MCU Universe fans cannot get enough of the God of Mischief as they patiently await the arrival of Loki Season 2. The first season marked the beginning of Loki being the central character for the first time in MCU. Being grateful to the introduction of Time Travel in Avengers: Endgame, we could witness Loki in Season 1. With the conclusion of Season 1 in July airing six episodes, the thrilled fans are excited for Season 2 of Loki.

Recently, Tom Hiddleston, our on-screen Loki, teases about what will happen in Season 2, speaking with Empire Magazine. Loki revealed some crucial details of Season 2 and what the fans can expect. Moreover, more critical information has come up about the second season. So keep reading further to know all about the upcoming season of Loki.

Loki Season 2: What Will Happen?

Recently, Tom Hiddleston teased that Season 2 will witness more confrontations for Loki as he begins searching for Sylvie. He expressed that Loki feels he has made a mistake by leaving Sylvie behind, and something needs to be done. Therefore, he will set his course to find her no matter what.

The last season finale witnessed Sylvie and Loki finally reach the doomy Citadel at the “End Of Time.” The duo meets “He Who Remains,” a variant of Kang the conqueror. Kang turns out to be the head of the TVA. In the end, Sylvie kisses Loki and sends him back to the Time-Variant Authority while she kills he who remains and unleased the multiverse. The shocking cliffhanger ending certainly left the fans in awe and suggested that the series will cover much ground in the upcoming season.

Also, when the multiverse unleashed, a lot of changes occur in the timeline. When Loki reached back to the TVA, it appeared to be in some different timeline. Agent Mobius and Hunter B-15, who revolved around Loki all season, could not even recognize him. They do not remember Loki as Mobis and Hunter seem to be different versions from an alternate timeline. With so many alterations in the timeline and the multiverse come various opportunities for unpredictable twists next season.

Loki Season 2 received renewal via post-credit scenes of the final episode of the first season. Loki was initially planned to be a limited series. However, while creating the show, the writers realized the scope of explorations and the possibility of a second season. Hence, Season 2 of Loki began development in November 2020. Also, the filming is expected to start on a set date around 2022-23.

Speaking with Collider, Kevin Feige shared that the development of season 2 is underway. He was hopeful about the return of the same cast. In addition, he said that the start date of production is decided. Unfortunately for fans, Kevin also revealed that the filming would start somewhere around 2022 at the earliest, possibly in 2023.

Season 3: Kate Herron Will Not Return As Director

Further, Kevin also informed that Kate Herron would not be returning as the director of Season 2 as she has moved for bigger and better endeavors. As a result, the search for a new director will begin soon.

Kate Herron will be watching Season 2 as a fan of Loki. Talking to Deadline, she shared that she planned to direct a single season of Loki and will not continue for season 2. Moreover, she also said that she was proud of everything the team of Loki has achieved.

Season 2 of Loki is currently under development. The production is expected to begin by 2023. However, no official announcement regarding the release date of Loki Season 2 has been made by Disney+ yet. The fans would hope that season 2 returns soon with a bigger and more entertaining plot as we see the God of Mischief leave his mark one more time. 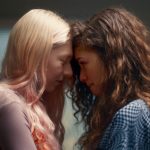 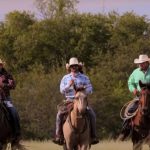