Home News 90 Day Fiance: Did Biniyam Cheat In His Previous Relationship? Ariela Raises A Brow To It!
News

90 Day Fiance: Did Biniyam Cheat In His Previous Relationship? Ariela Raises A Brow To It! 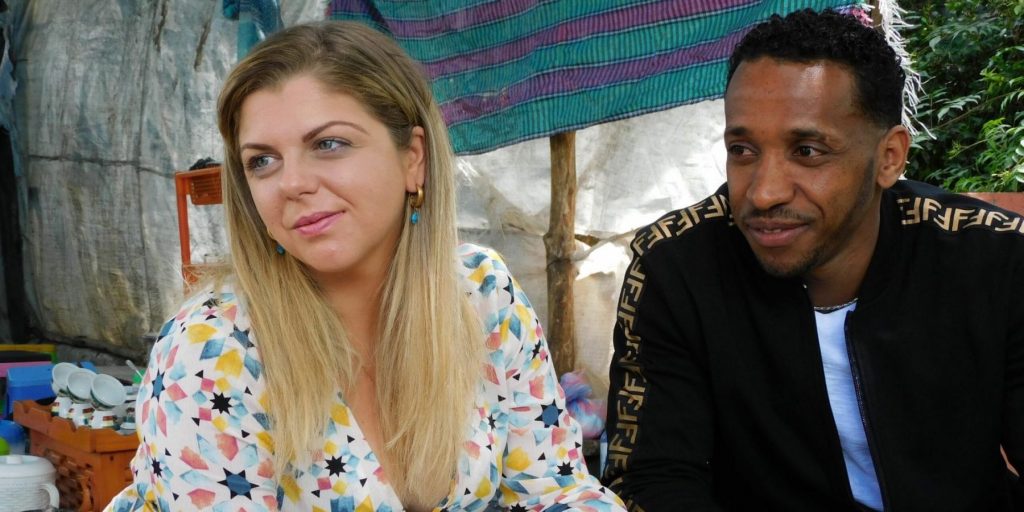 90 Day Fiance: The Other Way aptly matches with its theme this time. It looks like there are many ‘other ways’ coming up in the show. Interetingly, from ‘marriage commitments’ to ‘sweet hellos’ by the exes, 90 Day Fiance season 3 will serve the viewers with all the drenching drama and excitement.

The 90 Day Fiance stars Ariela Weinberg and Biniyam Shibre have a very rocky relationship in the show. Recently, Ariela was in the limelight for getting all dolled up to meet her ex-husband Leandro. Moreover, her missing engagement ring at the salon had enraged Binyam.

Now, we come across a new twist in the story. Biniyam invited his ex-girlfriend for dinner. Isn’t it strange to keep the rows of exes going? Is it Biniyam’s revenge? What was the reaction of Ariela and how was the meet-up? Talking about the other side, did Biniyam’s ex-girlfriend broke up because he cheated? Let’s know the insights of the story!

As reported by US WEEKLY’s sneak peek of September 14, Ariela frustratingly questions as to why Biniyam called his ex-girlfriend Tsion for dinner? In addition, she claimed that it was all a part of his revenge. It was all a consequence of his jealousy over her ‘still good friendship’ with her ex-husband Leandro.

The insights include the four (Biniyam, Ariela, Tsion, and Leandro) together and the conversation they have. On seeing Ariela’s ex-husband Leandro, Tsion remarks that he’s cute! Reciprocating this, Ariela says that it is better Tsion should look at Leandro than Biniyam. Leandro, too, thinks that Biniyam’s ex-girlfriend is gorgeous. Meanwhile, what’s going on here is a question popping out in the minds of the viewers!

broke up? This intrigued Ariela to know what exactly went wrong? Later, Leandro spoke out aloud, “DID HE CHEAT ON HER?” And bam! this was a boom.

Ariela also grilled Tsion and wanted to know the facts. And to answer, Tsion nervously and mysteriously laughed and said, “I THINK”. Further, she said to Biniyam “I’ve never spoken about it with you, but she’s making me talk.”

Ariela Accepts Her On Role Drama Is Messy, Wanted To Poke Biniyam

The 90 Day Fiance star Ariela has accepted that some of her drama was to poke Biniyam’s mind. She says that she simply has a friendly relationship with her ex-husband Leandro. Yet, to some extent, behind the back of her mind, she knew it would affect Binyam. She revealed that she is messing with Binyam after inviting her ex-husband home.

But Biniyam refused to believe that Ariela and Leandro have ‘a brother-sister relation’ after seeing how Ariela got glammed up to meet her ex. Some fans questioned her on Instagram about the whole matter. Some even criticized her for her weird act. One of the fans mentioned that they remain friends with their exes but that does not mean that meeting them excites them with outbursting joy. They do not dress up for them.

All the drama that is going on in 90 Day Fiance is definitely going to bring many twists and turns. So Who makes it to the end and who walks away? Let us wait and watch.