The Emmy nominated superhero series is returning soon, with a new season. Amazon can announce the release date of The Boys Season 3 anytime now. Recently, the show has officially completed the production for next season in Toronto, Ontario. Moreover, the cast members celebrated the production wrap by sharing the news on various social media platforms.

The Boys Season 3 will also feature a special episode, Herogasm. Producer Eric Kripke announced the special sixth episode of season 3 in October 2020. Amazon renewed season 3 before the release of season 2, citing impressive viewership of the show. Next, the production began in early 2021. However, delays due to the pandemic raised challenges during the filming. Finally, the filming for the third season is finished. But when will The Boys air?

Recently, The Boys star Erin Moriarty shared a picture of herself with co-stars Fukuhara and Jack Quaid enjoying champagne. However, the Instagram post celebrated the production wrap for season 3 in a strange fashion. The trio flashed an offensive gesture in the photo, revealing the happy news to fans about production wrap.

Further, the show’s lead star Karl Urban, who portrays William Butcher(Billy), also shared the news on his Instagram profile. He was grateful for a thrilling season of The Boys and enjoyed every bit of it. He also thanked Eric Kripke, Amazon, and SPTV for making season 3 possible. Moreover, Jensen Ackles and Jack Quaid also shared the news on their social media profiles.

The Boys Season 3: What Will Happen?

Season 3 will depict the life story of Vought Corporations’ first superhero, Homelander, along with his team, Payback. Team payback is preceded by The Seven in the present times. But in the following season, we will go back in time and witness the Soldier Boy’s journey through World War II. He will be killing enemy Germans in dozens and flaunting his fierce Supe personality.

Then, the storyline will eventually catch up to the present and depict the deeper aspects of Homelander’s journey. Finally, it will display the superhero’s journey starting as a legend and become more inhumane and selfish.

Kripke To Feature Herogasm As Episode 6

The sixth episode of Season 3 has been titled “Herogasm.” The original comic series inspires the episode. Earlier this year, Eric Kripke shared the news about finally creating Herogasm. He responded to the people who challenged him to work on the infamous storyline. He then shared a picture of the script of the sixth episode on Twitter. The image’s caption read, ” From day one, everyone dared me to make this episode.” So, fans will be thrilled to know that Kripke has finally pulled it off. We will see the exciting plot unfold in The Boys Season 3.

“Herogasm” can be best explained by the word “debauchery.” “Herogasm” is a weekend event for the Supes to cool down and release their raging hormones. The Seven indulge in lots of sex, drug abuse and enjoy the perks of being Vought’s show clowns. While the general public sees their superheroes on a moral high, the reality happens in a secluded island resort away from their eyes. However, Kripke’s adaptation of the show may not be completely identical to the original comic. But, The Boys will surely be entertaining and unique while keeping the original theme intact. Additionally, Aishia Tyler will host an after-show as announced by the production.

Fans are eagerly waiting for a new season since the previous season aired in September 2020. The Boys season 2 has become the most-watched global launch for Amazon Original Series. In addition, the last season recorded an 89% rise in viewership compared to the first season. Therefore, we can expect the third season to premiere in late 2021. However, considering the delay in the production schedule, Amazon can release The Boys Season 3 by early 2022. So, don’t miss it. 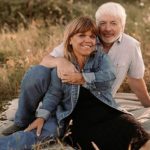 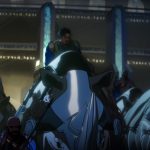