The highly anticipated The Walking Dead: World Beyond Season 2 is set to return next month. Unfortunately, Season 2 will be the final season for the series and will witness the infamous Jadis making an appearance. The upcoming season will reveal all the mysteries and answer all our questions. An explosive battle is about to break about between the CRM and the renowned fan-favorite teen survivors.

Meanwhile, the latest trailer assures that The Walking Dead: World Beyond is ready to conclude with a big bang ahead. Moreover, Pollyanna McIntosh will be reprising her infamous character Jadis from the original TWD series. So what will happen during the last season? Keep reading ahead to know the latest news about The Walking Dead: World Beyond Season 2.

The Walking Dead: World Beyond Season 2: What Will Happen Next?

The Walking Dead Season 2 will see the real intentions of the CRM revealing in front of the group. Fans will also get to know what happened to Rick Grimes after the plane crash. Finally, Hope will realize Jennifer “Huck” Mallick’s secret plan. And how she tried to sabotage the mission of Finding Hope’s father. In last season, we saw Huck trying to frame Silas for attempting to kill Peter and murdering Percy’s uncle Tony. However, while she tries to get rid of Hope’s friend, we realize that it’s all a part of a secret plan to deliver Hope to CRM Lt. Col. Elizabeth Kublek, Huck’s mother.

Further, the show’s star, Aliyah Royale, also teased a big face-off coming ahead between Hope and Kublek when the group realizes CRM’s real intentions. Earlier, we saw Hope being captured by CRM while the group got separated from each other. As season 2 progresses, the hidden secrets of the CRM will come up. Further, while the survivors fight the CRM and the walkers, some big mysteries will unravel in season 2. Fans might also get to see a glimpse of Rick, whose fate is still unknown. The secret behind why the CRM is behind Hope will also come up in The Walking Dead: World Beyond Season 2.

In addition, the teaser revealed the chaos that the CRM has created and the appearance of Jadis in the next season. Further, co-creator Scott Gimple shared that the fans will get hints of what happened during the helicopter crash. Moreover, they will also see Jadis’ new allies and alliances. We will also realize that Jadis is a significant factor that connects the CRM and the Three mythology circles.

Season 2 of The Walking Dead: World Beyond will end the story of the four friends stepping out of safety and risking themselves on a challenging journey. The group will face off against the CRM and try hard to control their destinies. However, the goal will shift in the second season, and the innocents will be lost for a significant cause coming ahead.

AMC is all set to release The Walking Dead: World Beyond Season 2 on October 2, 2021. The next season will also be available to stream a week early on AMC+. The final season will have ten episodes. So make sure not to miss any of it. 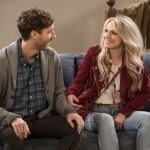 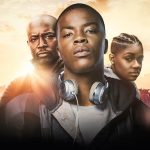