Once again, Sex Education smashed out with its uncanny stories leaving a massive door open for the highly-anticipated Sex Education Season 4. Unfortunately, the prior season finale sets up radical changes in every character’s life, including Moordale. Well, the last season followed a time jump while skipping the summer holidays and moving straight to the school where the kids explored significant fallouts. But now, let’s see how the finale will set the stage for the next run.

Sex Education Season 4: Has It Renewed Yet?

The third season has just hit the streaming platform. Thus it’s pretty early to speculate the future of the series. But undoubtedly, the series has been one of the most popular original shows on the streaming giant. In fact, Sex Education has been amongst the top 10 lists of shows around the globe soon after it returned. Sex Education holds the No. 1 spot on Netflix in 70 countries, including Australia, the US, the UK, and Canada.

Further, the third season garnered 100% positive responses on Rotten Tomatoes as well as 83 on Metacritic. Typically Netflix takes a couple of months to decide the future of the show. However, the streaming giant only took a month to renew the show for the third run as soon as the second season hit the platform. Thus we can expect that sooner in October, Netflix will announce its decision regarding the future of the show.

Sex Education Season 4: What To Expect Next If It Returns?

Well, the last season set the stage for its next run when Otis and Maeve finally expressed their feelings for each other. So we can expect some blossoming romance between the couple. But it doesn’t seem that easy at all as Maeve dropped a bombshell later that she would be leaving for the US. So now it remains unclear when she would be back and how things would proceed between the couple.

Eric has been the moral support for Otis and the series. However, it didn’t stop him from betraying his boyfriends. First, for former bully Adam, he cheated on his boyfriend, Rahim. But later, when he was in Nigeria, he betrayed Adam with photographer Oba. Now it seems he’s more into exploring his sexuality without even tied down in a relationship. But every story has a bitter twist. Eric’s newfound confidence might bring trouble to his doorstep when Adam and Rahim come together.

Did Jean Cheat On Jakob?

After the birth of Otis’ little sister Joy, we first thought that perhaps now Otis, Ola, Jean, and Jakob could live as a happy family. But it seems the show has something more to serve on our plate. In the hospital, Jean discovered that Jakob isn’t the birth father of Joy (as it seemed from her face). Well, she had a healthy sex life with Dan and Harry before meeting Jakob. Further in a scene, Jean kissed her ex-husband Remi. Though it was just a kiss, did something happened between them that we didn’t see on-screen? Even in the last season, Dan mocked at the possibility that perhaps he could be the baby’s real father. At the same time, it remains unclear whether it’s Dan or Remi, but indeed it would break Jakob’s heart. 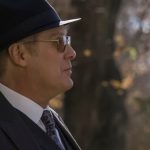 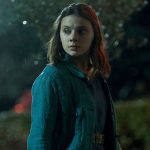