Samsung has created a new buzz among the tech community about the launch of the Samsung Galaxy F42 5G. The Big Billion Sales return on Flipkart next month, beginning with the launch of a new smartphone by Samsung in India. The rumors suggest that Samsung will launch the Galaxy F42 smartphone. Further, no details about the smartphone’s model and specifications have been spilled by the company. However, the rumors also suggest that the device will be the rebranded version of the Samsung Galaxy Wide5. Considering that the smartphone is rebranded, here are the specifications and features of the Samsung F42.

The Samsung Galaxy F42 is expected to have an FHD+AMOLED display with a size of 6.6 inches. The screen resolution of the Samsung F42 can be 1080 x 2400 pixels with an aspect ratio of 20:9. Moreover, Infinity-V notch is added for selfie snapper and narrow bezels. Further, the smartphone comes with a MediaTek Dimensity 700 processor with up to 2.2 GHz Octa-core CPU. In addition, the processor is supported by a 6 GB Ram and 128 GB internal storage, with expandable memory up to 512 GB.

Looking at the Wide 5, the Samsung Galaxy F42 5G might have a triple camera setup on the rear side, including a 64MP primary sensor, a 115-degree field-of-view 5MP ultra-wide-angle lens, and a 2MP depth unit. Moreover, at the front is an 8MP selfie snapper with an LED flash. Also, the camera setup includes features like face detection, touch to focus, digital zoom, and auto flash.

The anticipated smartphone supports two nano sims. Talking about connectivity, the Samsung Galaxy F42 will support 5G, 4G LTE, GPS, Bluetooth, and dual-band Wi-Fi. The smartphone also has a big 500 mAh battery along with fast charging support of 15W. Moreover, the Samsung F42 comes with a Type-C USB for charge and data transfers. In addition, the smartphone has a seamless bottom bezel and a side-mounted fingerprint sensor.

If Samsung launches the Samsung Galaxy F42, we can presume the price by noticing the launch price of the Galaxy Wide 5. The Samsung F42 is expected to launch on Flipkart on September 29, 2021. Further, recently, the Wide 5model’s launch price in Korea was KRW 4,49,900 (roughly Rs 28,000). However, we can also expect several exciting offers during the ‘Big Billion Days Sale,’ which can help users buy the smartphone at an affordable price. 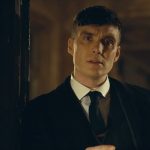 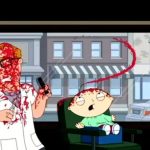