The latest trailer of Seal Team season 5 teases the world into chaos as the Bravo team is sent to Africa to deal with a deadly terrorist attack. Recently, CBS has released the trailer announcing the release date and a big Seal Team Event featuring on CBS. Morover, showrunner Spencer Hudnut shared a brief idea of what to expect from the upcoming season of Seal Team.

Meanwhile, Jason Hayes and his Bravo team are assigned the responsibility to control the situation and do whatever it takes to prevent World War 3. So what happens next when the series returns for Seal Team season 5. Continue reading to know all the latest updates.

The newest trailer teases that the world is on fire. A deadly terrorist group has caused mass destruction in Africa. The attacks against humanity will lead to a significant thread of World War 3 that could end the world. In the trailer, we see the Bravo Team deployed for a deadly mission in Africa. While the chances look really slim, the only ones who can avoid a war are the members of Bravo. Further, the trailer also teases David having a special dinner with someone unknown, which will keep the fans wondering all while season 5.

Meanwhile, showrunner Spencer Hudnut gave us a brief idea of what the Bravo Team will be up against in season 5 of the Seal Team. Hudnut shared that the Bravo Team will go on an unforeseen mission, presenting the situations the squad has never faced before. Further, he stated that some personal elements would impact all the operators on a decisive mission to save the world. In addition, Hudnut also commented that Seal Team would leave CBS with a bang and return on Paramount+ with bigger surprises.

Last season’s finale ended up as a big shocker for the Bravo Team. The Seal Team loses one of its prominent team members, Full Metal (Scott). Naturally, the team is devastated by the loss of their friend and returned home heavy-hearted from where they were deployed. Bravo’s loss of a team member is a big hit and will change the team forever. Meanwhile, each member struggles to deal with death and loss individually. So, Seal Team Season 5 will depict how the team recovers from losing their friend and move forward to save humanity.

Season 5: Who Will Be The Cast?

CBS is all set to premiere Seal Team Season 5 on October 10, 2021, at 10/9c. Further, the latest season will also be available to stream on Paramount+ the next day. The network has announced the first four episodes of the upcoming season will air weekly on Sundays. In addition, the fifth episode will kick off the show’s streaming exclusively on Paramount+. So stay tuned for the latest news and don’t miss out on the premiere episode of the fifth season. 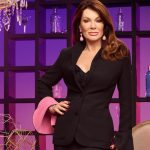 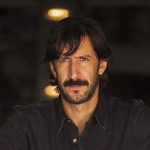