As per the recent reports, The CW has released the premiere episode synopsis for Batwoman Season 3. And, the first episode is titled “Mad as a Hatter.” It looks like the show will return with evil Batman villain trophies floating in the Gotham River. The Bat Team will be responsible for recovering the evil weapons before it reaches the hands of civilians, causing havoc in the city.

Further, the most intriguing return for the upcoming season is the Mad Hatter. Batwoman is set to collaborate with her rival Alice to save the city from evil. However, while Alice is under supervised custody, one of her admirers is set to create chaos in Batwoman season 3. So, here is everything to know about the third season.

As per the synopsis of the premiere episode, Batwoman will do her best to keep the streets Of Gotham safe from evil elements while Batwing supports her in action. However, Luke Fox will realize that he has not entirely aced his control over his father’s suit. At the same time, Alice will get suffocated inside the prison in Arkham while Sophie enjoys her freedom. Further, when Ryan will visit Alice in prison, and Alice will drop the shocking truth that Ryan’s birth mother is still alive. At that moment, Ryan will have to decide if she really wants to dig into her past again.

Meanwhile, Mary will miss her family more than ever at her medical school graduation. However, the graduation will turn gruesome when one of Alice’s admirers stumbles upon a missing trophy. At this moment, a new shocking partnership will be revealed as Gotham and the Bat Team gets mixed up in the chaos that follows.

The CW also released the official trailer for Batwoman season 3 last week, announcing the release date. So what’s next for Batwoman in the upcoming season? First, Batwoman and the Bat team will be seen hunting for Bat trophies before anyone else gets their hands on them. Unfortunately, the awards accidentally floated out in the Gotham River, and anyone who finds it will become evil like the show’s villains. Next, someone (possibly Alice’s admirer) finds the Hatter’s evil Hat. Moreover, we see the new Mad Hatter crashing Mary’s graduation.

Further in Batwoman Season 3 trailer, Alice is out of the Arkham Asylum, under the supervised custody of the Bat Team. However, Alice is warned that she will spend her life in solitary confinements if she tries to escape. Further, the trailer teases a working truce between Batwoman and Alice. In addition, Alice will help Ryan track the trophies down while the Hatter creates enormous chaos in the city.

The network renewed Batwoman for season 3 in February 2021. And recently, they also revealed the trailer and premiere episode synopsis. Finally, The CW will premiere Batwoman Season 3 on October 13, 2021. In addition, fans can also stream the latest episode on The CW app the next day. 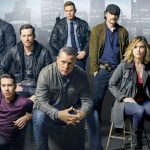 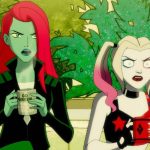