FXX has recently renewed the highly acclaimed spy-comedy animated series for Archer Season 13. Of course, the fans would be thrilled to know that the show has been renewed for another season, as season 12 is set to conclude on October 6. The series follows Sterling Archer, a spoiled superspy, on his journey into the changing world of spy adventures. In season 12, Archer and the team face a threat from a rival spy organization IIA (International Intelligence Agency). As there are limited spy gigs, the Archers are competing against the cruel hounds of the IIA.

Moreover, Jessica Walter will feature as Malory Archer’s voice for one final time in the current season. Unfortunately, Walter passed away in March 2021 at the age of 80. Fans would be disheartened with the passing away of Walters, as her character has been a fan-favorite for all twelve seasons. It will be interesting to see how the production reacts to Walter’s absence as she has been a pivotal part of the show since the beginning. So what can we expect from season 13 of Archer? Keep reading further to find out.

The president of original programming for FX, Nick Grand, shared his happiness as Archer has been renewed for season 13. Further, he added that the show is FX’s signature series and thanked the whole team for making the show possible, including Sterling Archer, Adam Reed, Matt Thompson, and the entire team of Floyd County Productions. In addition, he also expressed his gratitude for the excellent voice actors who continue to pride their immense contributions.

Archer Season 13: What Will Happen?

The superspy series fans can prepare themselves to see a series of significant changes in Archer Season 13. With the passing of Jessica Walter, the chances of Malory Archer returning for season 13 seems to be bleak. However, we can expect the show to retire Malory’s character to honor the late Walter, who passed early this year.

Further, with Malory gone, Sterling will look to take over the reins of the agency. However, the agency under the leadership of Serling might end up more troubled. Hence, we can also expect to see a new character taking up the responsibility left behind by Malory. Lucky for the fans, Walter has recorded all her scenes before passing away. But, the show will not be the same in her absence, as we can see the storyline move on without Malory.

Who Will Be The Voice Cast?

We can expect the main voice cast to return for Archer Season 13, including H. Jon Benjamin as Sterling Archer, Aisha Tyler as Lana Kane, Judy Freer as Carol Tunt, Chriss Parnell as Cyril Figgis, Amber Nash as Pam Poovey Adam Reed as Ray Gillette and Lucky Yates as Algernop Krieger. Unfortunately, Jessica Walter will not be returning as Malory Archer in the upcoming season. However, we can expect to see some cast addition for the following season.

Season 12 is set to conclude in October. In addition, the network has already renewed Archer for season 13. Citing previous releases and production timelines, we can expect Archer Season 13 to return in the second half of 2022 only on FXX. Further, the show also streams on FX and Hulu the next day. So keep returning for more latest updates. 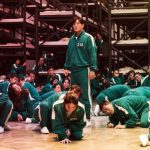 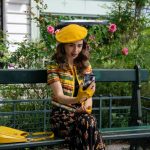