The company announced the launch event on Twitter with a post inviting customers to be a part of the launch event on October 11, 2021, at 5 p.m. (GMT+1). So far, the Chinese smartwatch brand has revealed no details about Amazfit GTR 3 and GTS 3. However, the company’s post on the Chinese website “Weibo” suggests that GTR 3 and GTS 3 will focus on “common health” and “ecological construction.” In addition, looking at the key specs and features of GTR 2 and GTS 2 might give us a brief idea about what to expect from the updated versions. Also, keep reading further to know the availability and price range of Amazfit GTR 3 and GTS 3 in India.

Both Amazfit GTR 2 and GTS 2 are protected by 3D Corning Gorilla Glass coating. Further, the current versions of smartwatches have an anti-fingerprint layer and an optical Diamond-like Carbon coating, which provides impressive scratch-resistance. The smartwatch also offers excellent water resistance up to 50 meters and is perfectly fit to wear during swimming. Amazfit will look to retain these protection features for Amafit GTR3 and GTS 3.

Amazfit GTR 2 and GTS 2 have an inbuilt BioTracker 2 PPDG optical sensor, making it perfect equipment for tracking health and fitness. For instance, the current version can track continuous heart rate, monitor resting heart rate, and provide warnings for abnormal heart rates. Also, the Biotracker inside Amazfit GTR 2 and GTS 2 supports OxygenBeats, which allows users to measure blood-oxygen saturation. Citing the company’s focus on “common health,” we can expect some updates in the BioTracker. The update will allow Amazfit GTR 3 and GTS 3 to measure blood pressure.

Moreover, Amazfit GTR 3 and GTS 3 are being claimed to consist of a 440 mAH battery. A more powerful battery allows the smartwatch to run for two weeks from one single charge. Moreover, we can expect the latest version of the Amazfit smartwatch series to be developed out of eco-friendly degradable materials.

Amazfit GTR 3 and GTS 3: Availability and Price Range in India 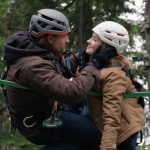 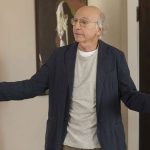