HBO has finally revealed the official promo video for Curb Your Enthusiasm Season 11, teasing the return of Larry David in a changed world after the pandemic. The upcoming season is set to imbibe real-life pandemic situations, while the good old humorous Larry remains the same. The show creators have unvieled the newest teaser of the next season on Twitter which paid homage to 2001: A Space Odessey in Curb your Enthusiasm style with a caption, “The world has changed. He Hasn’t.”

The Emmy and Golden-Globe-winning comedy series follows the fictional version of Larry David since the show first aired in 2001. Since, then we have had ten seasons, with the last season finale taking the episode count to a hundred. In the previous season, we saw Larry opening a coffee shop named “Latta Larry’s” to put the neighboring “Mocha Joe’s” out of business. However, after an exciting run, the cafe caught fire at the end of the tenth season. So, fans will be thrilled to see what happens in season 11 of Curb Your Enthusiasm. Keep reading ahead to learn all the recent details about the upcoming season.

Curb Your Enthusiasm Season 11: What Will Happen Next?

In the teaser, we witness a glimpse of earth from space with the sun shining bright in the background. As the camera moves closer, the planet transforms into Larry’s Head, teasing the tagline, “The world has changed. He hasn’t.” The change here is presumed to be regarding the recent events of the pandemic. Hence, fans speculate that the upcoming season will feature pandemic situations and Larry David’s classic humoring behavior.

Talking about Curb Your Enthusiasm Season 11, showrunner Jeff Schaffer expressed that Larry will deal with the pandemic in the next season. Moreover, Jeff added that the production had figured a way to depict the realities of the pandemic. However, he also clarified that season 11 would address the pandemic and exactly how the fans would expect.

The series co-star J.B. Smoove told Deadline that Larry is a master at imbibing his humor into real-life situations and adapt them to the show perfectly. However, he did not reveal any details of what will happen in Curb Your Enthusiasm Season 11.

Larry David will return for season 11 of Curb Your Enthusiasm as the fictional variant of himself. Larry will be supported by Jeff Garlin, Susie Essman, J. B. Smoove, and Cheryl Hines. In addition, Richard Lewis confirmed on Twitter that he would return in season 11 for at least one episode. Earlier, fans speculated that Lewis would not return, citing his health conditions. However, he shared that he is recovering from three surgeries and will return in the next season.

Curb Your Enthusiasm Season 11: When Will The Show Return? 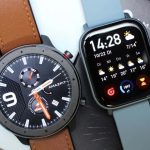 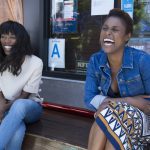