The critically acclaimed British television drama series, Endeavour has finished airing its eighth installment in September. And fans are already anticipating the return of Endeavour Season 9. The concern for the show is if three 2-hour episodes of the eighth installment were enough to cover all essential aspects of Morse’s becoming. The series first aired in 2012 and has been a grand success since the beginning. So has ITV renewed the show for season 9? Keep reading ahead to find out.

The series is set in Oxford, England, in the years 1960s and 1970s. It focuses on Endeavour Morse’s early career. The series begins in the background of Endeavour dropping out from Longsdale College in the third year, without completing his degree. Further, he spent a short while as a cipher clerk at the Royal Corps of Signals. Later on, he joined the Carshall-Newtown Police to start his career as a specially skilled detective. However, he is a heavy drinking bachelor who lives alone.

The eighth season of Endeavour finished airing in September 2021. However, the network has not opened up about the renewal of the ninth edition of Endeavour yet. Although, the creator has shared his views about the show’s renewal for another season. He revealed that the renewal for Endeavour Season 9 will depend on how the viewers receive the eighth season. Moreover, the viewership across the world has been quite concurrent for the first seven seasons. Hence, we expect Endeavour to receive a renewal for season 9 soon.

The eighth installment of Endeavour featured three episodes. The eighth season began with a close confrontation to the bitter truth of professional football in the 1970s. Jack Swift, the star striker of Oxford Wanderers, received a scary death threat. So, officer Morse and his team got involved in the situation to find the accused and protect Jack Swift.

Further, Morse and the team investigate the murder of a taxi driver, who is found dead in the outskirts of Oxford. Morse was worried that a recent spree of assaults on cab drivers led to the murder. As the inquiry extends, Morse finds himself close to his home and the painful memories, due to which he distances himself from everyone close to him.

In the last episode, a bus breaks down due to bad weather. And Morse is one of the several passengers on the bus and is forced to stay at an empty hotel. During his stay, Morse senses something fishy and uncovers the hostel to be the scene of terrible crimes. So now, if Endeavour Season 9 returns, fans will see some more mysterious stories unraveling.

Endeavour Season 9: When Will It Return?

Unfortunately, ITV has not decided the fate of season 9 yet. However, we hope to hear from the network soon. Hence, a concise idea of the show’s release date will be presented when the show is renewed for Endeavour Season 9. Till then, stay tuned with us for more updates. 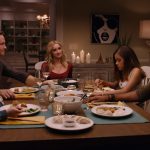 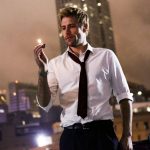