The eager fans have been waiting patiently for the sci-fi suspense thriller to return for a thrilling Alice In Borderland Season 2. But, unfortunately, it has been a frustrating wait for the dedicated fans since the first season premiere on Netflix on December 10, 2020. Luckily, the renewal for a second season came two weeks later, on December 24. The following season’s production is currently underway, but the fans might have to wait a while for the show’s return.

The series is based on Haro Aso popular manga of the same name. The last season ended with Arisu finally reaching the Ten Of Hearts game, unraveling a series of mysteries. The first season ended with the revelation of a new gamemaster Mira. Thus, the adventurous journey of deadly tournaments has not yet ended for Arisu as we move to the next edition. So keep reading ahead to learn all the newest details about the Alice In Borderland Season 2.

Alice In Borderland Season 2: What Will Happen?

With the introduction of a new gamemaster, Arisu will go on a new deadly adventure in the upcoming season. In the last season finale, Arisu and Usagi find the underground lair, where they find a pile of “gamemasters” and their friends Chishiya and Kuina. Thus, the duo realizes that the gamemasters used to be former players. They meet a new gamemaster named Mira at the lair, who tells them about a new set of games in Tokyo City. Hence, we will see Arisu take part in another deadly competition in Alice In Borderland Season 2.

Further, the first season covered the first half of Haro Aso’s manga series. Thus, we can expect the creators to draw inspiration from the remaining half in the second season. Moreover, we can expect Mira to play a crucial role as the new villainous gamemaster in season 2. In addition, we can also see more sabotagers mixed within the ranks of the players to make life tougher for Arisu in Alice In Borderland Season 2. Moreover, Arisu will be seen struggling with the death of his closest friends Chisiya and Kuina in the upcoming season. Further, we saw a Momoka turning out to be a witch. Thus, the forthcoming journey will see Arisu finding it hard to trust anyone.

Alice In Borderland Season 2 will mark the return of Kento Yamazaki as the central character Ryohei Arisu. Further, the main cast members expected to return are Tao Tsuchiya as Tuzuha Usagi, Aya Asahina as Hikari Kuina. In addition, Riisa Naka as Mira Kano, Sho Aoyagi as Ahuni Morizono, and Nijiro Murakami as Shuntaro Chishiya would also return. Moreover, Keita Machida, Nobuaki Kaneko, Yuki Morinaga, and Shuntaro Yanagi are also expected to join the cast. In addition, Kina Yazaki and Mizuki Yoshida would also be joining. Further, we can also see some new introductions next season.

Alice In Borderland Season 2: When Will The Show Return?

The production company’s website posted a casting call for extras a few months ago. Moreover, the production kicked off in the second half of 2021, after being renewed in December 2020. In addition, the filming is expected to wrap up by the end of 2021. Further, considering the lengthy post-production, Alice In Borderland Season 2 is expected to premiere in the third/fourth quarter of 2022. So keep coming back for more thrilling news about your preferable shows. 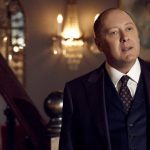 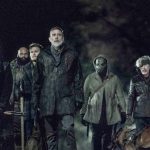