After coming back from retirement, Detective Ambrose is about to investigate deeper into Percy Muldoon’s disappearance in The Sinner Season 4 Episode 2. Ambrose traveled with his partner Sonya on vacation to Janover island in northern Maine in the first episode. He was still suffering from the traumatic experience of the Jamie Burns Case. However, he had to come out of his retirement when the daughter of an elite family disappeared. As Detective Ambrose was the only person who saw Percy jumping off the cliff.

So the girl’s family hired Ambrose to investigate the tragedy. In the first episode, we saw Ambrose struggling to get hold of his sanity while looking for answers. So, what will transpire in The Sinner Season 4 Episode 2? Keep reading further to discover the synopsis, promo, and release date of the next episode.

The Sinner Season 4 Episode 2 Preview: What Will Happen?

In the next episode of The Sinner Season 4, we will see Harry investigating Percy’s disappearance. Meanwhile, Sonya suggests that he is going through a tough time and should drop the case. However, Ambrose tells him that he has no choice but to pursue the case as he was the last one to see Percy. The second episode is titled “Part II.” And in that, Ambrose comes across a new suspect. He will also uncover a long-time feud between the two elite families of the Island, the Lams and the Muldoons.

His first response would be that the rivalry might have to do with Muldoons’ daughter’s disappearance. Also, we will see him constantly swinging between reality and his imagination, confused often about what is real. Meanwhile, the family matriarch Meg will reveal the dark side of Percy, which could also be the reason for her disappearance. Further, while she is lost, Ambrose will see Percy as he looks for the answers in the second episode of The Sinner Season 4. Also, some big secrets are about to unravel in the next episode.

The premiere episode of The Sinner Season 4 saw Ambrose and Sonya going on a vacation to Hanover Island. Ambrose did not fully recover from his traumatic state of mind after his last case. He also retired from his job to take care of himself and spend time with his partner. However, the situation quickly changed when Ambrose came across Percy Muldoon. First, he witnessed her jumping off the cliff.

Then, he called the emergency services, who started looking for the girl in the water. But, they found nothing, which made Ambrose question himself. While he struggled with his sanity, he was offered to investigate the disappearance of the Muldoon family’s daughter. The first episode showed Ambrose beginning his investigation as he met Percy’s relatives and caretakers to know her better. And the upcoming season of The Sinner Season 4 will see Ambrose coming closer to a suspect. 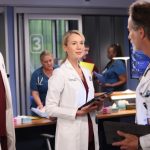 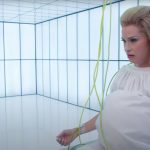