The 20 Squad will be in action on the streets tracking down armed robbers in SWAT Season 5 Episode 4. Hondo returned to the squad in the last episode. His exile in Mexico was over, but he was demoted as the team leader on his return. Moreover, Rodrigo Sanchez took over as the team leader, which was hard for Hondo to accept.

Therefore, the squad will face a tricky situation while adjusting to their new leader in the next episode. So what will be the scenarios of the fourth episode of SWAT Season 5, and when will it air? Here are all the necessary updates about the next episode.

CBS has revealed the synopsis and a promo video for the fourth episode of SWAT Season 5 titled “Sentinel.” In the next episode, the 20 Squad will respond to an armed robbery. The team will try to track down these armed robbers who are not afraid to take violent means. Further, the operation gets complicated when a public safety app used by civilians encourages them to take matters into their hands. The situation will cause a distraction for the SWAT team from their goal of apprehending these heinous robbers in the fourth episode.

Meanwhile, Jim Street will be in the spotlight in SWAT Season 5 Episode 4. He will receive some difficult news that will affect his future at the squad. Thus, in these challenging times for Street, the team will do all they can to support one of their own. Also, the effects of the vigilantism app will see the streets of L.A. in chaos in the following episode.

The third episode of SWAT Season 5 saw the return of Hondo from Mexico. After rescuing Delfina, Hondo was called back by his superiors to the 20 Squad. However, he received a demotion from his position as the team leader. Moreover, the previous episode introduced a new team leader Rodrigo Sanchez, an LAPD veteran and former SWAT member. The squad was called to respond to a shootout at a factor.

Surprisingly, one of the suspects, named David, was left behind by the robbers. Upon questioning, he revealed that he was hired to hack the servers of the warehouse. But, he had no idea who hired him. Next, the team found several paintings missing, including the blueprint of the warehouse, suggesting the robbers could return for a bigger prize.

Meanwhile, in SWAT Season 5 Episode 3, Luca was suspicious about Rodrigo when he took a job without any selfish reasons. Further, the team found out that the robber’s lover hired Dale. As they inspected the building, they found other employees lying unconscious and some precious items missing.

In the team, the squad successfully tracked down the robbers and arrested them. Moreover, Rodrigo was impressed by the team’s performance and admitted that he was sent to bring the team back in order, which was unnecessary considering the team’s recent effort.

The fourth episode of SWAT Season 5 will air on October 22, 2021, at 8/7c. CBS airs each new episode weekly on Fridays, with a runtime of around 45 minutes. Moreover, fans can also stream the latest episodes on Paramount+ and Hulu. So, mark your calendars for another thrilling episode of SWAT and keep coming back for more updates on your preferred shows. 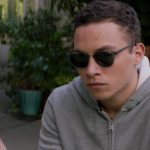 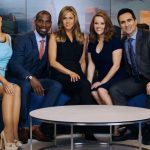