The Blacklist Season 9 Episode 2 Precap: What Will Happen?

The second episode of season 9 is titled “The Skinner Conclusion.” The FBI task force will continue its pursuit for The Skinner with the limited resources available. Fans will also find out if Red finally decides to return to assist the squad in the upcoming episode. Further, the newly reformed team’s capabilities will be tested after the syndicate kidnaps a critical member. And while they try to rescue the kidnapped person, they will uncover mysterious secrets about the pirating organization they face in The Blacklist Season 9 Episode 2.

Moreover, Aram and Alina’s world will come crashing when the real identity of The Skinner comes in front of the task force. It will be interesting to witness how Alina deals with a major revelation about her husband that will change her life forever in the second episode.

The premiere episode of The Blacklist Season 9 began two years after the death of Elizabeth Keen. Following her death, the FBI task force dismantled, and Red isolated himself in Havana. The first episode depicted the whereabouts of all the team members involved with the task force. Dembe was still working for the FBI as a special agent. He was undercover to get closer to the roots of a crime syndicate. The gang was after advanced microchips, and each member had an S tattoo engraved on their hands.

In addition, Dembe and his partner planned a meeting with the syndicate members, which took a turn for the worst. Dembe’s partner ended up dead while he was admitted to the hospital with third-degree burns. Moreover, the truck containing stolen microchips was also blown by the gang in the incident.

Meanwhile, in The Blacklist Season 9 Episode 1, Cooper and Aram left the FBI. Aram co-founded a cyber security company named Flagify (badly in need of an investor), while Copper became Agnes’ legal guardian after her mother’s death. Moreover, Ressler was seen with long hair and bearded, fixing up old cars. Further, after getting married recently, Alena took up a job at the academy as an instructor.

Red Was Reluctant To Help Cooper

Meanwhile, in The Blacklist Season 9 Episode 1, Dembe approached Cooper in an attempt to contact Red, as he thinks Red knows about the criminal involved. It turns out the criminal group is run by The Skinner, a responsibility passed on to deserving criminals for centuries. Cooper approached Red, and he knew the identity of The Skinner. However, he was reluctant to get back to the US, as Red thought it would affect all the work he did on himself with the shamans at the monastery.

Meanwhile, the team ultimately came together after some convincing by Cooper. Red briefly returned to the US to identify The Skinner, but he was reluctant to track him down. Moreover, Aram and Alina join the squad, but his business partner and her husband are the same man named Graham Anderson, also The Skinner. In addition, Red decided to go back to Cuba, while the team decided to pursue The Skinner.

In the end, Ressler kept his hatred aside and tried to convince Red to focus on The Blacklist. He told him that The Blacklist was Liz’s calling. And if each of them loved her, they should continue working on the project. Meanwhile, Red also suffered from being distanced from Agnes by Cooper at the premiere of The Blacklist Season 9.

The Blacklist Season 9 Episode 2: When Will It Air?

The second episode of The Blacklist Season 9 will air on October 28, 2021, at 8/7 c. NBC will air each new episode weekly on Thursdays, with an average runtime of 45 minutes. In addition, fans can also watch the latest episodes on YouTube TV, Sling TV, Fubo TV, and DirecTV. So don’t miss the second episode and stay tuned for more thrilling news about your favorite shows. 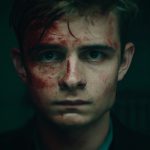 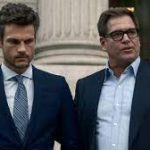