It looks like the battle of power and control between Logan and Kendall will continue in Succession Season 3 Episode 3. The previous episode saw the return of Logan to the US after regaining his confidence to stand against the clever tricks of his son. Meanwhile, Kendall tried to get the siblings by his side, but it seems like he failed to do so.

More than everyone, he wanted Shiv to stick by him, but Logan still had his grips on her in the previous episode. So who will have the upper hand in the third episode of Succession Season 3? Keep reading to learn all the details about the upcoming episode.

Succession Season 3 Episode 3: What Will Happen?

HBO has revealed the official synopsis and a short promo for the third episode of Succession Season 3 titled “the Disruption.” Logan’s media empire will be under the threat of the department of Justice in the upcoming episode. In these times of crisis, Logan will try to get his men together to create a full-proof setting inside the company. Meanwhile, Shiv’s husband, Tom, will make a life-transforming offer that will turn the situation.

Further, Kendall will be seen concocting a plan with Stewy and Sandy to take down his father in the third episode. It seems like he is almost obsessed with the idea of overthrowing his company, making him even more threatening. In the promo, Logan seems to be adamant about keeping Kendall away from the company. He even claims to punch his son in the face if he enters the buildings. Thus, it seems Logan has regained his charismatic confidence with the backing of Shiv, Marcia, and Roman.

Further, we see that the FBI is about to raid the company. Meanwhile, Tom suggests an exciting prospect to his father-in-law. He suggests that a few casualties to protect the higher powers of the company is a good deal. Moreover, Shiv stated that Kendall needs to do something or that he will keep coming back to destroy their father. In addition, Kendall is planning out something huge in Succession Season 3 Episode 3.

The second episode of Succession Season 3 found the Roy family members spread across the continent. Meanwhile, Gerri was acting as the interim CEO, while Shiv decided to visit Kendall. And Logan had his associates track down each kid, especially Roman and Shiv. One of the interesting turns around the episode was the return of Marcia. She made a deal about making a public appearance with Logan if he agreed to her terms. However, Kendall managed to convince Stewy and Sandy to take his side in the war against his dad.

Meanwhile, in New York, Roman and Shiv visited Kendall individually, unaware of each other’s move. Kendall took benefit of the situation and invited Connor. He planned to give his pitch and try to get the siblings on his side. He explained his idea of spreading the media business across the continents if they support him. However, the siblings ended up betraying Kendall in Succession Season 3 Episode 2.

Logan Returns To The US

After regaining the support of Roman and Marcia, Logan returned to the US. However, he was unsure if Shiv was on his side. So, Logan planned a reunion of the siblings without Kendall. Finally, he managed to convince Shiv to stand by her father.

The third episode of Succession Season 3 will air on October 31, 2021. HBO Max airs each new episode weekly on Sundays at 9:00 p.m. on ET. The latest episodes are also available to stream on Hotstar. So, don’t miss out on the spine-chilling episode of season 3, and keep returning for more exciting updates about your favorite shows. 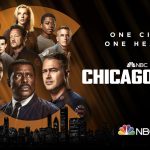 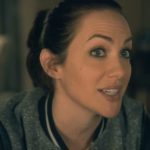