Bravo Team is about to face some crucial family confrontations in the upcoming episode of Seal Team Season 5. Not just that, the upcoming episode will be the first installment of a three-episode arc coming ahead in the fifth season. While they try and deal with the situations at home, their superiors will ask the team to report back.

Also, a major storyline is coming ahead in season 5, covering the next three episodes of the series. So what will be the Bravo team’s mission in Seal Team Season 5 Episode 4? Keep reading ahead to know all the details about the next episode, including episode 3 recap.

CBS has released the official synopsis and a short promo video of the upcoming episode titled “Need To Know.” Each member of the Bravo Team will face some family issues in the forthcoming episode. Following the stress, the team is directed to respond to an emergency in Africa. The superiors have ordered the Bravo Team to hit their enemies harder before they realize what is coming for them.

However, the situation will derail when the latest intel will lead to an altercation in their plans. Next, the team will find themselves facing a significant terrorist threat in Africa. But, Bravo Team will be responsible for neutralizing the threat and preventing the terrorist attack from happening.

Things could soon take turns for the worse in a tense situation for the team. Meanwhile, Sonny will be a matter of concern for Bravo in Seal Team Season 5 Episode 4. Sonny seems to be having a rough time coping that Lisa went on a date with an unknown person. However, in the promo, Lisa is heard saying that it wasn’t a date. In this tense situation, Sonny and the team will have to keep calm and give their best to avoid a situation threatening world peace. The fourth episode will build up to a major cliffhanger as the show is shifting to Paramount+ from CBS.

The third episode of Seal Team Season 5, titled “Nine Ten,” witnessed the Bravo team returning from a deadly mission in South Korea. The team suffered some minor casualties during the mission. However, everyone managed to return safely. Further, the team traveled to New York.

But the trip to New York unearthed some old memories for the crew, back when the 911 attack happened. The fans got to see the whereabouts of the team when the attack occurred. It also depicted how a major incident in America’s history affected each member of the Bravo Team. Finally, the team got together and appreciated everything they have achieved since those dark times in Seal Team Season 5 Episode 3. 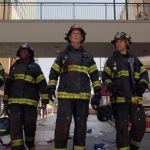 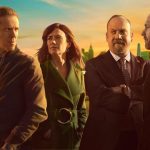