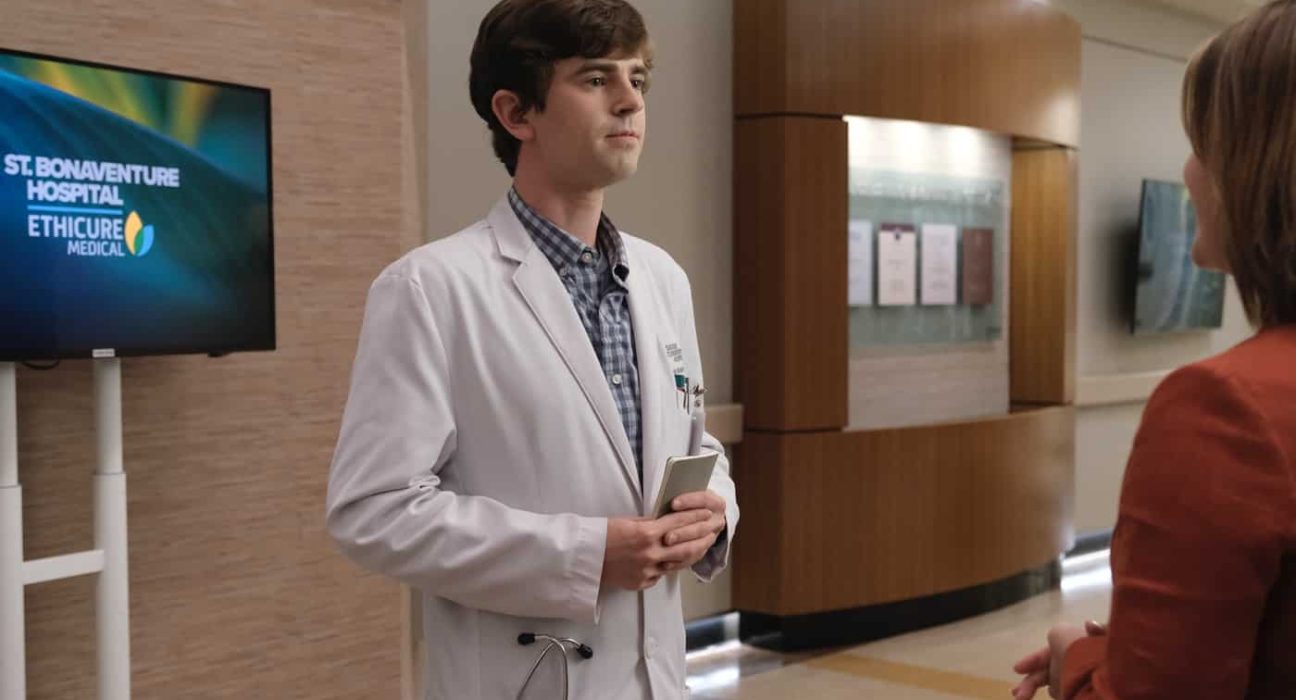 Dr. Shaun Murphy will handle a case about an elderly victim of hate crime against Asians in The Good Doctor Season 5 Episode 5. Meanwhile, Lea will do something for Shaun without his knowledge in the upcoming installment. In the last episode, Shaun had a mental breakdown while handling a young patient.

The incident led to him getting angry at the little girl’s father, who seemed to have researched his kid’s medical condition adequately. So what will happen in The Good Doctor Season 5 Episode 5? Continue reading to know all the updates about the next episode.

The Good Doctor Season 5 Episode 5 Precap: What Will Happen?

ABC has revealed the official synopsis and a promo for the upcoming episode titled “Crazy Town.” The upcoming episode will focus on the racial discrimination against Asians in America. An elderly Asian patient will be admitted to St. Bonaventure hospital after some white people attack him. He is accused of getting people sick with his presence around them. His attackers land a severe blow on his jaw. So, Dr. Murphy and Dr. Park will be handling his case in the fifth episode of The Good Doctor Season 5.

Moreover, the man’s daughter tries to convince her father to get the surgery that he needs to survive. The doctors also tell him that he will live only for a year if the surgery is not done soon. So, Shaun and the man’s daughter will try to convince him for surgery or get it done against his consent in this dire situation. Meanwhile, Lea will go behind Shaun’s back in The Good Doctor Season 5 Episode 5. She will try to help Shaun by raising his negative patient satisfaction score without his knowledge. However, if Shaun finds out about Lea’s actions, things could get tricky between the couple, who is planning to marry.

The Good Doctor Season 5 Episode 4 was a roller coaster ride for Dr. Shaun. He was handling a complicated case of a young girl who was admitted to the hospital. Unfortunately, the doctors seemed to have misjudged the kid’s condition. But, the girl’s father came to their rescue, as he had researched his daughter’s medical condition over the years. Salen was impressed by the father’s knowledge and ordered Shaun to treat him as a medical advisor.

However, Dr. Shaun was furious as the man did not have a medical license. Eventually, the little girl’s condition got worse, and the doctors planned to go ahead with the surgery. However, the kid’s dad suggested a risky solution which made Shaun very furious. Shaun then lost his cool and lashed out at the father. As a result, he was kicked out of the medical ward in the Good Doctor Season 5 Episode 4.

Further, the doctors concluded to remove the girl’s intestines. However, towards the end, Shaun came to their rescue and suggested some changes in the surgery. Finally, the father allowed Shaun to be a part of the surgery. Thus, the little girl’s life was saved in the end, and Shaun expressed his gratitude to the father. Also, Shaun told him that he was the best dad Shaun had ever met.

Meanwhile, Dr. Reznick and Dr. Park handled an older woman’s lung transplantation case. She abandoned her kid at a young age, who visited her at the hospital. The doctors suggested that a part of the son’s lungs could help save his mother’s life. The son consented, but the mother refused. Later, the doctors convinced her and performed the transplantation surgery in The Good Doctor Season 5 Episode 4.

The fifth episode of The Good Doctor season 5 will air on November 1, 2021. ABC airs each new episode weekly on Mondays at 10:00 p.m. ET. Moreover, every episode has an average runtime of 45 minutes. The latest episodes are also available to stream on Hulu the next day. So don’t miss the upcoming episode and keep coming back for more news.