After dealing with the Flux and the Karvanista in the premiere episode, humanity faces the Sontaran soldiers in Doctor Who Season 13 Episode 2. The upcoming storyline is hoped to be one of the most phenomenal ones in the shoe’s history. Also, Doctor Who will have to find a way to win the battle.

Meanwhile, the British soldiers fight until death against the brutal alien soldiers in the next episode. So keep reading ahead to find all the crucial details about the upcoming episode.

Doctor Who Season 13 Episode 2 Precap: What Will Happen?

The second episode of Doctor Who Season 13 is titled “War Of The Sontarans.” The upcoming episode will find the British Army fighting a battle against the brutal alien army of Sontarans. However, in the Crimean War, the Doctor discovers that the war is rooted in the past. Meanwhile, Yaz and Dan will find themselves overwhelmed by the severity of the battle while trying to survive. Moreover, the plot will depict the stories of the Temple of Atropos and the Mourin in the second episode.

The premiere episode saw the Doctor and Yaz chasing down a dog-like creature of the Lupari species named Karvanista. He escaped to Liverpool and kidnapped Dan Lewis. Meanwhile, in Doctor Who Season 13 Episode 1, Doctor experienced the vision of a mysterious Swarm. The swarm claimed to share a history with the Doctor. It also talked about the escape from millennia-long imprisonment by the Time Lord Division. Before leaving Liverpool, Doctor Who and Yaz met Clare, who got touched by a weeping angel and vanished into the past.

Further, Yaz and Doctor got into Karvanista’s ship. Yaz rescued Dan while the Doctor confronted Karvanista, who questioned him about the Time division. Additionally, he told the Doctor about the Flux, an unknown entity that consumes everything on its path, and the Lupari’s were trying to protect Earth from it.

Meanwhile, the sole deep space outpost crew, Vinder, evacuated the post seeing the Flux. Also, the Sontarans take notice of the situation. Finally, the Doctor encountered another vision while the Flux closed in on the Earth. In the end, the Doctor ordered the Karvanista to form a defensive shield with their ships around Earth. However, the Flux overtook the TARDIS, with the Doctor, Dan, and Yaz stuck inside in Doctor Who Season 13 Episode 1.

The second episode of Doctor Who Season 13 will air on November 7, 2021. BBC America airs each new episode weekly on Sundays at 8:00 p.m. with a runtime of 60 minutes. Season 13 will feature a total of 9 episodes. And the current season can be streamed on the network’s official website and BBC iplayer app.

In addition, fans can also view the latest episodes on DirecTV, Sling TV, Fubo TV, Philo TV, Spectrum, and YouTube TV. So don’t forget to see the newest episode of Doctor Who and keep coming back for more updates. 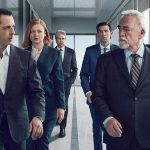 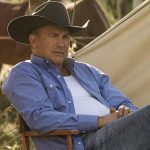