The Laginas will be commencing intensive drilling around the Money Pit Region in The Curse Of Oak Island Season 9 Episode 3. However, they will hit the stones underground during the drilling. Luckily, the stones could be a bright signal for the team as they look to find more valuable metals. Thus, continue reading further to know all the essential details about the next episode.

The Curse Of Oak Island Season 5 Episode Precap: What Will Happen?

The third episode has been titled “Stone Roadblocks.” The Laginas will begin their next phase of diggings in the upcoming episode. They will target the Money Pit area as they hope to find something worthy. The last episode was nearly a disaster for the team. Thus, they will look to come across something valuable that could turn the tides for them this season.

The team will discover some solid evidence while digging in the stone roadway, leading them to the discovery of gold. We will continue to see more metal detecting devices screening the area around the Money Pit in The Curse Of Oak Island Season 9 Episode 3. They will look to find more valuable metals like osmium to make this season profitable for the Laginas.

The second episode began on a low note, with the team digging around the swamp area. However, the digging didn’t have any significant results. Next, the Laginas tried their luck with the Metal Detector. However, all they found was an ox shoe, a nail, and a can’s pull tub. Luckily, while drilling a borehole in the D2 area, they found mus wood that would go back to the 15th century.

Meanwhile, in The Curse Of Oak Island Season 9 Episode 2, the team also found cemented matter containing traces of gold, osmium, and several other metals. It turns out osmium is one of the rarest metals on the planet. Moreover, the team also discovered the biggest lead object to be found in the Island’s history. Sadly, the percentage of gold was not enough to dig. However, the discovery of several precious metals did give the Laginas something worth continuing their expedition on the Island.

History Channel will air The Curse Of Oak Island Season 9 Episode 3 on November 16, 2021. Each new episode airs weekly on Tuesdays at 9:00 p.m. ET, with an estimated runtime of an hour.

Where to Watch The Third Episode Online?

If you miss the broadcast on History Channel, you can catch up on the latest episode on the network’s official website, Philo TV, Fubo TV, Spectrum, Sling TV, and DirecTV. So don’t miss the upcoming episode and keep coming back for more informative episode previews. 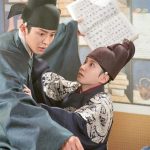 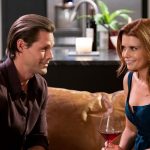