Tokyo Revengers Chapter 231 is set to feature an all-out battle between the Unmatched Senju and the Unparalleled South. The war of three deities is at its peak. However, the Unbeaten Mikey is yet to join the battlefield. Kakuchou of Rokuhara Tandai has already challenged him, and it seems like the leader of the Kanto Manji gang is ready to get in action.

In the previous chapter of the manga, the viewers saw that Senju Kawaragi has been holding back all this time. It also featured the downfall of the God of War, Takeomi. Therefore, fans can expect this war to get even more exciting in the next chapter as all three leaders will be in action. So, will Senju be able to defeat South Terrano, and will Mikey accept Kakuchou’s challenge? Here is everything to know.

Takeomi’s faith in Senju Kawaragi has been restored after knowing that she has been holding back. Now, he is supporting the captain on Brahman in fighting a monster. Senju vows that she will be the one who takes down Terrano. On the other hand, South is quite fired up and just can’t wait to crush the captain of the Brahman. Now, it will be interesting to see whether the unmatched Senju can overcome the dark impulsivity of South Terrano or not.

Tokyo Revengers Chapter 231 might also provide an update on the situation between Mikey and Kakuchou. The latter used to serve Bonten’s former Captain and Mikey’s late brother Izana. Izana lost against Mikey, and Kakuchou wants to be the one to beat the unbeaten. Both Mikey and Kakuchou are extremely powerful, and hence the fans can expect their battle to be very intense and hard-hitting.

The 230th chapter of Tokyo Revengers opened with the backstory of Akashi Takeomi. He was the vice-captain of First-gen Black Dragons when it ruled the nation. Takeomi was famous as the ‘God of War’, and people feared him. He was the childhood friend of Sano Shinichiro. Akashi Takeomi used to be an ordinary kid, but his friend Sano was the breeze of a new era. They addressed him as “The Weak King,” and he was a crybaby too. Shinichiro fought with the likes of Benkei and Waka, but they ended up liking him too. Soon, he decided to form a gang and made Takeomi its vice-captain. However, when First Gen Black Dragons became the top gang in Japan, Shinichiro decided to disband it.

After that, Takeomi was treated as a VIP in town. However, from that point, the downfall of Takeomi began. Several years later, Senju told Akashi that she wanted to fight the Invincible Mikey. Hence, she would make her won team. Benkei and Waka also supported her, and hence the Brahman was formed. By the end of the chapter, Takeomi apologized to Senju for losing faith in her. However, Senju told him it was her responsibility, and she was the one to blame for Draken’s death. So, she told him that all she could at least take South Terrano down.

The fans are really excited to see the forthcoming chapter of TR manga as it will finally reveal the real strength of Senju Kawaragi. Tokyo Revengers Chapter 231 is all set to release on Wednesday, November 15, 2021. 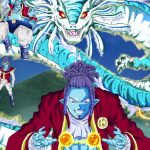 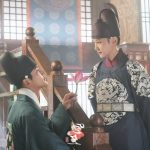