Home Entertainment Doctor Who Season 13 Episode 4: Doctor tries To Solve The Mystery Of The Cursed Village In “Village of the Angels”!
Entertainment News TV Shows

Doctor Who Season 13 Episode 4: Doctor tries To Solve The Mystery Of The Cursed Village In “Village of the Angels”! 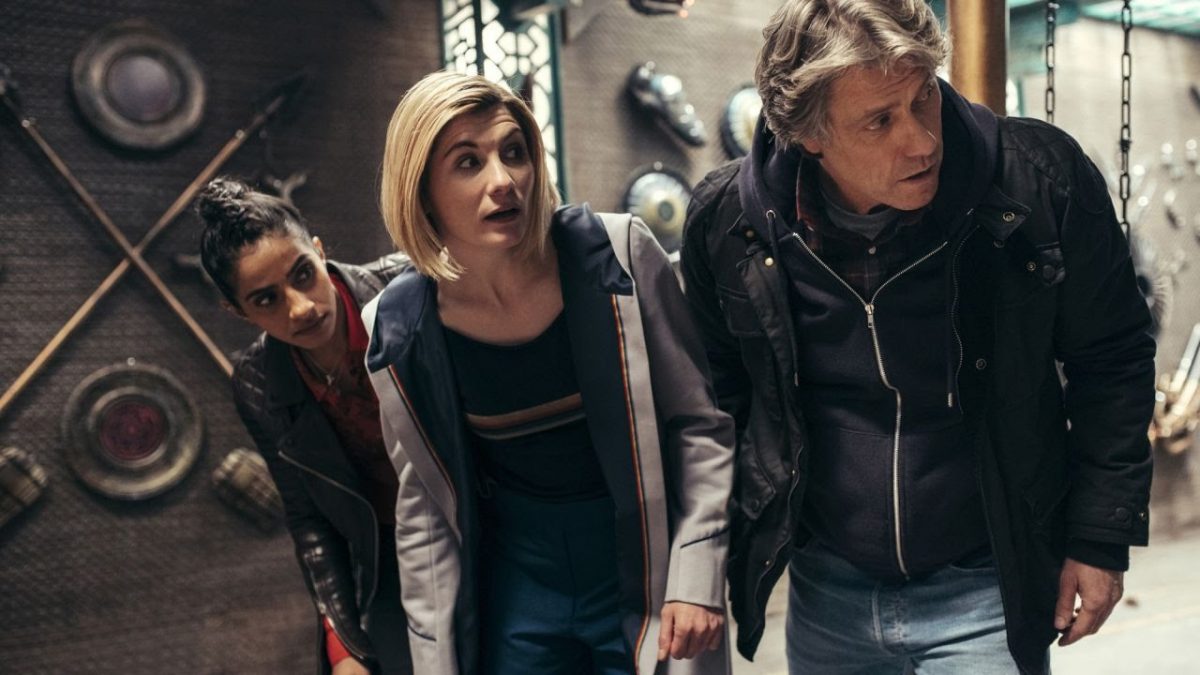 The Doctor and her crew will try to solve the mystery of The Cursed village in Doctor Who Season 13 Episode 4. Fans will find out what the Weeping Angel wants from the Doctor when they enter the village to investigate a little girl’s disappearance. It looks like the upcoming episode is going to reveal a lot of details. Thus, continue reading to know all the updates about the next episode.

Doctor Who Season 13 Episode 4 Preview: What Will Happen Next?

The fourth episode of Doctor Who Season 13 has been titled “Village of the Angels.” The upcoming episode will tell the story of “The Cursed village.” A little girl will go missing as Doctor Who tries to solve this mystery. Moreover, they will look to find more details about the Division in the next episode.

In the previous episode, the Doctor jumped into the time storm at the temple. Then, she hid Dan, Yaz, and Vinder in their pasts by changing some details to keep them away from Swarm. Moreover, Vinder relived his time helping the Grand Serpent, who was demoted after his misdeeds were exposed. Bel, a survivor of the Flux, escaped the Daleks, Sontarans, and cyberman through a Lupari Ship.

Meanwhile, in Doctor Who Season 13 Episode 3, the Doctor jumped into her timestream as her past incarnation memories recovered. She realized that her other self, the Fugitive Doctor and Karvanista raided the temple and defeated Swarm. They also rescued the priests during her time in the Division. So, she located the priests and advised them to return to the temple. However, the priests separated the Doctor from her past to protect her.

Bel turned out to be looking for Vinder as his true love, with his child and old messages. Soon after, the Doctor returned Yaz, Vinder, and Dan to the present and fixed the timeline. Further, she dropped Vinder to his home planet, destroyed by the Flux. On their way back, the TARDIS was intercepted by a weeping angel in Doctor Who Season 13 Episode 3.

BBC America will ait the fourth episode of Doctor Who Season 13 on November 21, 2021, at 8:00 p.m. ET. The all-new episode airs weekly on Sundays, with an estimated runtime of an hour. In addition, season 13 will feature a total of thirteen episodes.

If you miss the broadcast on BBC American, viewers can stream the latest episodes on the network’s official website and the BBC app. Moreover, season 13 is also available on Sling TV, Fubo TV, Hulu+Live, Xfinity, Spectrum, and YouTube TV. So, don’t skip the next episode and keep coming back for more thrilling episode previews.