It seems like Morgan will look for Athea in Fear The Walking Dead Season 7 Episode 6. However, he will realize that other elements are trying to track her down too. Thus, his and Al’s life will be in danger. He will have to find her before others do at any cost. Moreover, fans could see an appearance from the CRM soldiers in the upcoming episode. So, keep reading to know everything about the sixth episode.

Fear The Walking Dead Season 7 Episode 6 Preview: What Will Happen?

The sixth episode of Fear The Walking Dead Season 7 has been titled “Reclamation.” In the upcoming episode, Morgan will commence his search for Al. Unfortunately, during his search, he will run into other people who are also looking for her. However, his quest to find Al will leave him unshielded by a target on his back. He might even end up running into the Civic Republic Military in Fear The Walking Dead Season 7 Episode 6.

The previous episode focused on Dwight and Sherry, who became ethical outlaws and called themselves the Dark Horses. They aimed to protect the survivors in need and find the mysterious Padre. They were going to rescue the Larson family, who was running out of supplies. However, the duo was captured by Strand’s men. They were taken to the Tower and presented in front of Strand. He wanted to enlist Dwight and Sherry to find Mickey, who had escaped his pit surrounded by walkers, searching for her husband, Cliff.

Further, in Fear The Walking Dead Season 7 Episode 5, Sherry and Dwight refused at first, but they set out to track down Mickey with no choice left. When they tracked down Mickey and offer their assistance, they realize that the Larsons had been killed. So, Dwight decided to go with Strand while Sherry helped Mickey to find Cliff. Unfortunately, it turned out Strand hired Eli to kill the Larsons. So, Dwight left Eli covered by a herd of walkers seeking vengeance.

Meanwhile, Sherry and Mickey reached Mickey’s gym. Walkers surrounded the whole place while Dwight rejoined them. When they got in to look for Cliff, they found him in bad condition and had to kill him. After that, the trio fought of the walkers and managed to escape the gym. In the end, Mickey decided to join the Dark Horses. However, they were stopped by the Stalkers seeking help to locate Padre in Fear The Walking Dead Season 7 Episode 5.

AMC will air the sixth episode of Fear The Walking Dead Season 7 on November 21, 2021. Each new episode airs weekly on Sundays at 9:00 p.m. ET, with an estimated 43-65 minutes runtime. And the latest episode drops a week earlier on AMC+ before AMC’s broadcast.

If you miss AMC’s broadcast, fans can stream the latest episodes on the network’s official website and the AMC app. In addition, fans can also stream season 7 on Philo TV, Fubo TV, Hulu Live TV, YouTube TV, and DirecTV. Hence, keep returning for more episode previews, and don’t miss out on the sixth episode of season 7. 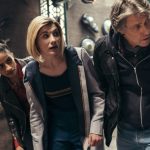 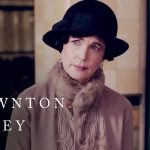