It looks like Shaun and Lea will be focusing on their upcoming wedding as they visit a pre-wedding venue in The Good Doctor Season 5 Episode 7. But, unfortunately, they will come across a serious car accident with a pregnant woman inside on their way back. The doctor will do everything to save the mother and the baby. Hence, keep reading ahead to know all the details of the next episode.

The Good Doctor Season 5 Episode 7 Preview: What Will Happen Next?

The seventh episode of The Good Doctor Season 5 is titled “Expired.” In the upcoming episode, Dr. Shaun and Lea will witness a terrible car accident on their way back from the pre-wedding venue. They will find a young pregnant mother named Alma who will get severely injured during the accident. Alma will be then taken to St. Bonaventure immediately, where Shaun, Lim, and Jordan will be forced to perform a premature delivery. Meanwhile, Glassman will be visited by someone from his past seeking help in The Good Doctor Season 5 Episode 7. But who is that?

In the previous episode, Shaun, Lim, and Asher treated a young patient named Brandon, who suffered from fatal internal injuries after a severe fall. Meanwhile, Dr. Park treated Ollie, a young boy who desperately needed a heart transplant to survive. Luckily, Brandon’s heart was a match for Ollie. With time running out, both doctors tried to save their patients.

Meanwhile, Morgan attended Nira, who suffered from an optical tumor. She saw Nira as a potential investor at the hospital, which could help Morgan become the new head of the clinic. Unfortunately, due to Salen’s financial policies, Morgan used a cheaper procedure to operate the tumor. As a result, Nira lost 50% of her eyesight. Moreover, Andrew and Salen continued to see each other.

Further, in The Good Doctor Season 5 Episode 6, Lea met Glassman in Paradise, Montana. She requested him to come back, but he refused. Instead, he assured Lea that she was ready to marry Shaun and become the support system for Shaun that Glassman was. Towards the end, Shaun and Park mend their friendship after a professional fight. Moreover, Asher was emotional after witnessing Brandon’s strained relationship with his father. So, Asher decided to read one of the letters from his father as a step to make things better.

ABC will air the seventh episode of The Good Doctor Season 5 on November 22, 2021. Each all-new episode airs weekly on Mondays at 10:00 p.m. ET, with an estimated runtime of 45 minutes.

If you miss ABC’s broadcast, fans can watch the latest episode on Hulu+Live and Fubo TV. Hence, don’t skip the seventh episode and return for more informative episode previews. 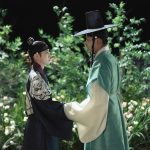