The first season of Yumi’s Cells is still left to air its last episode. And fans are already looking forward to Yumi’s Cells Season 2. Based on the popular eponymous Webtoon, Yumi’s Cells is a Korean romantic comedy-drama series that premiered in 2021. The tvN Kdrama revolves around an ordinary worker named Yumi, who cannot express emotions and feelings. And a group of brain cells in Yumi’s head control her everyday thoughts and actions. But unfortunately, after a failed relationship from the past, Yumi’s Love cells got unconscious. Meanwhile, her lover Woong Ku and friends make efforts to revive Yumi’s feeling of love.

The series created by Lee Sang-yeob garnered tremendous love from viewers worldwide for its uncanny narrative and the adorable cells in the show. The critics also praised the series for its unique concept and excellent storytelling. With the first season becoming an instant hit, fans are highly anticipating the show’s return for Yumi’s Cells Season 2.

Will There Be Yumi’s Cells Season 2?

The first season of Yumi’s Cells was a great success paving the way for further installments in Yumi’s story. And as per the reports, tvN has greenlit the series for next season. According to the drama’s director Lee Sang-yeob, there will be more seasons. Lee confirmed in April 2021 that Yumi’s Cells is planned to be a multi-season drama.

Fans of the Webtoon are also confident that more seasons will be released in the future. There are 500 chapters in the Webtoon, and the first season of Yumi’s Cells only covered one-third of them. As a result, it’s a sure sign that Yumi’s Cells season 2 is on the way.

There is still one episode left in the first season to air. However, given the circumstances, it seems pretty likely that Woong and Yumi will go separate ways. So, Yumi’s Cells season 2 will start a new chapter about Yumi’s love life with Yoo Ba Bi. Hopefully, Yumi and Ba bi’s romance in the coming season will probably be long-lasting, unlike Yumi and Woong’s.

The first season of Yumi’s Cells, which started premiering on September, 17 on tvN, finished its run in October 2021. Also, the show creators and the network have already confirmed additional seasons in Yumi’s story.

According to some reports online, the production for the show’s second season has already begun, and some fans spotted the show’s crew filming the show. However, tvN is yet to announce the release date for Yumi’s Cells Season 2. Nonetheless, based on everything we know so far, we may expect the show’s second season to air in the second half of 2022. Till then, stay tuned with us for any updates about the sophomore season of Yumi’s Cells Season 2.

Also, Read: Start-Up Kdrama Season 2: Will The Series Return? All The Latest Details! 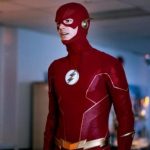 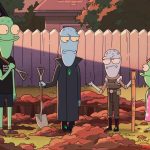